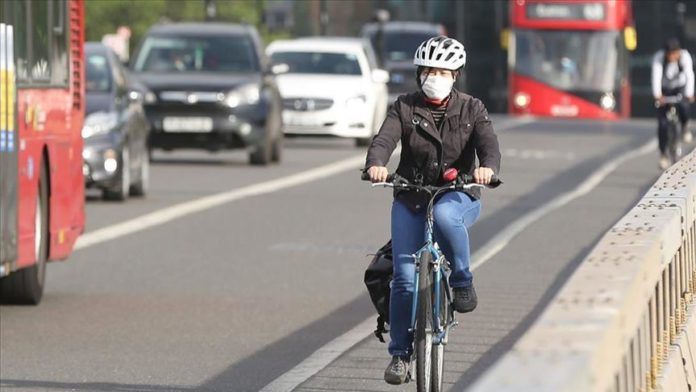 The death toll from the novel coronavirus in the UK crossed 44,000 mark, as British health authorities announced a further 137 fatalities over the past 24 hours.

“As of 5pm on 2 July, of those tested positive for coronavirus, across all settings, 44,131 have sadly died.”

Unlike the rest of Europe, and many parts of the world, the UK’s daily deaths were often still over 100.

The government confirmed via the prime minister’s spokesman that flu vaccine eligibility would be widened as there were fears a flu outbreak could coincide with a second wave of coronavirus.

Flu vaccines are free in the UK for only the most at risk, including the pregnant, primary school children, and those over 65.

The prime minister’s spokesman told local media: “This year it’s particularly important as we want to make sure we protect as many people as possible in those risk groups. As part of that planning, the government has been working to secure a significant additional supply of vaccines.

“We will use these vaccines to increase uptake in existing at risk groups as a priority. We also intend to expand the groups of people that are eligible and we will be setting out more details shortly.”

Earlier in the day, opposition Labour leader Sir Keir Starmer called for free flu vaccines for all over 50 years of age: “It would be the perfect storm this winter if we had an outbreak of influenza at the same time as the possibility of a second spike of Covid because the symptoms are very similar.

“You can just imagine what will happen if people present with flu symptoms thinking they’re Covid symptoms and that could then lead to a surge of cases.”

The global pandemic has claimed over 522,300 lives in 188 countries and regions since it originated in Wuhan, China last December.

More than 10.92 million COVID-19 cases have been reported worldwide, with recoveries nearing 5.79 million, according to figures compiled by US-based Johns Hopkins University.