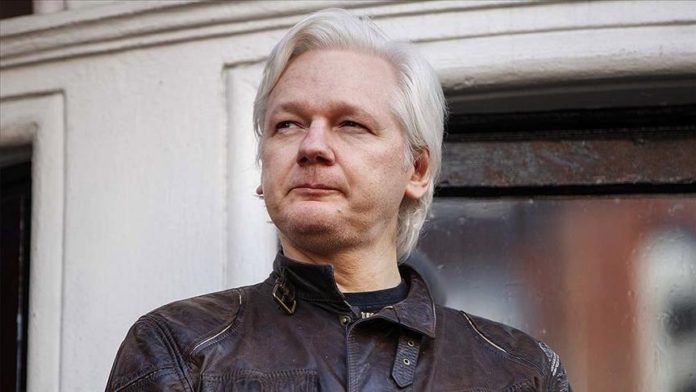 A British court Monday will decide if WikiLeaks founder Julian Assange will be extradited to the US over espionage charges for revealing “dark secrets” of the US military, including civilian killings and torture of prisoners in Iraq and Afghanistan.

The decision about Julian Assange is set to be delivered today at around 1000GMT at a London court.

If the court rules his extradition to the US, Assange may take the decision to the higher court and from there to the European Court of Human Rights, a process which may take up to two years, according to experts.

Washington may also object to the decision if he is not extradited.

Assange may face up to 175 years in a US prison if he is extradited and found guilty of charges of espionage and publishing “secret documents” of the US military.

Press freedom groups demand the charges to be dropped and they accuse the US of punishing Assange for informing the world of US Army documents on undisclosed civilian killings and the torture of prisoners.

Assange was dragged out of Ecuador’s embassy building in London last year, where he took refuge for more than seven years.

Iraq war documents, published in October 2010, included some striking ones related to the US military, such as civilian killings and torture of prisoners.

This file featured images of the killing of 15 people, including two Reuters journalists, in a gunfire from a US military Apache helicopter.

A video footage by the helicopter camera was showing soldiers shouting for encouragement, laughing and using abusive expressions.

The US Army did not punish the soldiers, saying that there were “rebels” in the area where the soldiers were about to be ambushed.

“At the time, we were unable to distinguish whether they [Reuters employees] were carrying cameras or guns,” it added.

US soldiers were found to watch the security firm Blackwater employees firing a vehicle in Iraq, killing a father and injuring his wife and daughter, according to the documents leaked. ​​​​​​​

In 2010, WikiLeaks published more than 90,000 confidential documents and reports on the war in Afghanistan.

US soldiers fired at a bus and killed 15 people, said the leaks. And Polish soldiers raided a wedding and killed five people including a pregnant woman and her child, it added.

The files included a case in which US forces allegedly killed some 300 civilians in a missile attack but claimed to have killed 150 Taliban members, and the establishment of a secret special unit to kill the Taliban leaders without trial.

In addition, it was also revealed that employees of firms that work for the US Defense Department sexually abused boys.

In 2007, WikiLeaks published the “Standard Operating Procedures for Camp Delta,” the US Army manual for soldiers dealing with prisoners at Camp Delta.

Human rights groups were shocked to learn that prisoners could be denied access to the Red Cross for up to four weeks, according to the official guidelines.

It also said inmates could earn “special rewards” for good behavior and cooperation such as a roll of toilet paper.