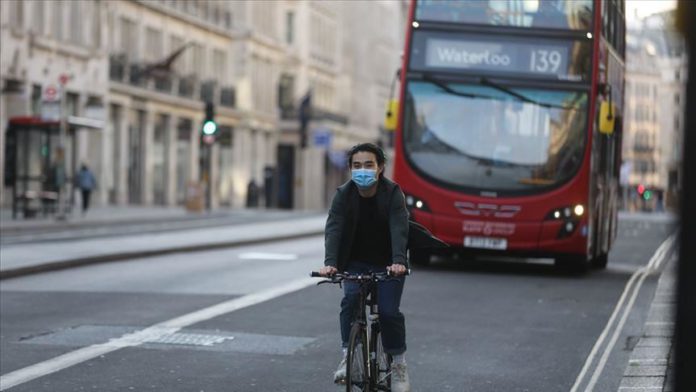 British authorities announced on Wednesday that the total number of deaths across the UK from coronavirus hit 30,076, an increase of 649 in the last 24 hours.

Speaking to Sky News, Health Secretary Matt Hancock refused to admit the UK had the highest death toll in Europe.

“Firstly, we are one of the biggest countries in Europe and that matters, so there are smaller countries which naturally will have a lower death rate because they have got fewer people.”

“If you talk to the statisticians and the chief medical officer, what they say is it’s only afterwards, looking back and looking at the total number who have died during the peak, compared to the normal number – because you’ve also got to take into account the age profile, factors like obesity,” he added.

At Prime Minister’s Questions, Premier Boris Johnson said he would give a statement on Sunday on his plans for an “unlockdown,” so people knew what changes would take place on Monday.

It was Johnson’s first PMQs since recovering from coronavirus. He said a review of the lockdown would take place on Thursday, but as data was still coming in, he would only make his statement at the weekend.

At a Downing Street press briefing earlier in the day, the prime minister’s spokesman said it was “entirely possible” that the cabinet would meet over the weekend – a further sign the lockdown may be eased next week.

The spokesman also said that Professor Neil Ferguson, a key adviser to the government on the coronavirus outbreak, would no longer advise the government in any way.

Ferguson resigned from SAGE, the government’s Scientific Advisory Group for Emergencies, after he was found to have broken social distancing rules, despite being himself an advocate of the lockdown.

Earlier in the day, Chief Scientific Adviser Sir Patrick Vallance told parliament’s health and social care committee that only 273 out of 18.1 million people who entered the UK before it went into lockdown were quarantined.

It has come as politicians and local media focus on the actions, or lack thereof, of the Home Office on Britain’s borders during the pandemic.

The pandemic has killed more than 259,000 worldwide, with total infections over 3.70 million, while recoveries surpassed 1.21 million, according to figures compiled by the US’ Johns Hopkins University.