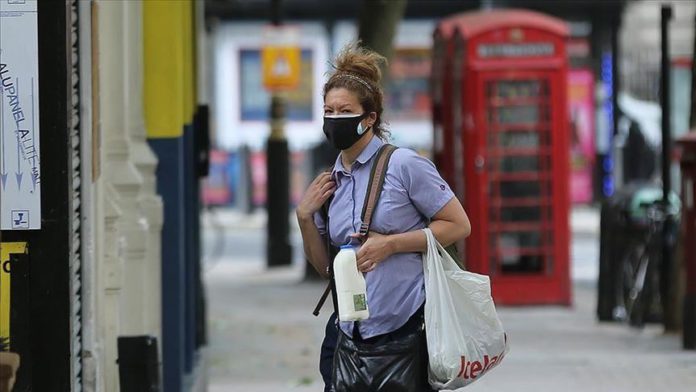 The death toll from the coronavirus outbreak in the UK reached 42,647 as 15 more fatalities were reported on Monday.

However, as the weekends’ numbers are normally lower since they are reported every Monday due to technicalities, the number will certainly be higher tomorrow despite slowing trends in cases.

The health authorities announced 958 new cases, as well, and the total number of people testing positive in the country has reached 305,289 with the latest figures.

The normalization in the UK on the other hand continues as most of the shops opened last week. The reopening of non-essential retailers in England led to a 51% surge in sales, according to a new data.

British Prime Minister Boris Johnson is expected to make an announcement on Tuesday about further steps as he is expected to lower a 2-metre social distancing rule in the country.

The owners and entrepreneurs in food and drink sector are waiting to hear the government’s decision on social distancing measures and the opening date for their venues.

The World Health Organization reported a record increase in global coronavirus cases, with the total rising by 183,020 in a 24-hour period.