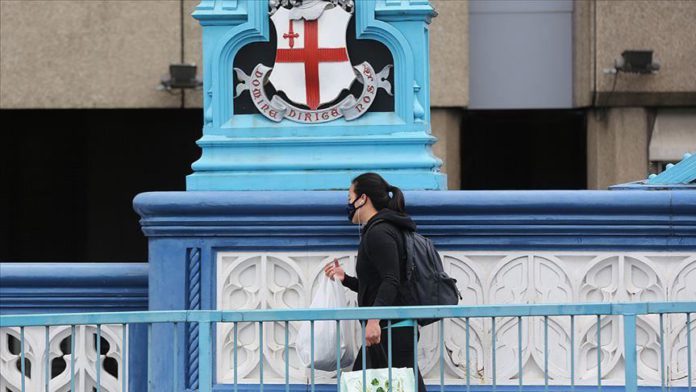 British authorities announced on Wednesday that the UK-wide death toll from the novel coronavirus had reached 35,704, an increase of 363 in the past 24 hours.

Culture Secretary Oliver Dowden said at the daily press briefing that the Queen’s Birthday Honours List would be delayed until autumn so it could include NHS staff who fought the pandemic.

Work and Pensions Secretary Therese Coffey caused a furor on Tuesday when she blamed scientific advice for any bad decisions the government made. Downing Street swiftly distanced themselves from her comments.

The Guardian quoted the president of the Royal Society, the UK’s national academy of sciences, Sir Venkatraman Ramakrishnan, as saying: “The one thing that should not happen is if scientists feel that by giving very frank advice, they’re somehow going to be penalised or blamed later. That will inhibit them from being very frank and you don’t want to inhibit frankness from scientists because you really want to know what is their best estimate of what’s going on at the moment.”

“I would say this is not a healthy debate to have, I think, scientists should stick to advice and then it is for government to accept the advice and decide what to do with it,” he said.

Local media reported that British universities could lose 763 million pounds ($931 million) in tuition fees and teaching grants as over 20% of prospective students said they would not enroll in September if the coronavirus restrictions remained in place, according to a survey released by the University and College Union.

If attendance drops, there would be 120,000 fewer students at universities as they would defer their start date to the following year.

Universities including Cambridge have announced that during the 2020-21 academic year, all lectures would be online and face-to-face teaching would only be permitted as long as social distancing was maintained.

Since the virus emerged in China last December, more than 4.95 million cases have been reported in 188 countries and regions. The US, Europe, and Russia are currently the hardest-hit areas.

The pandemic has claimed nearly 326,000 lives worldwide, with more than 1.7 million recoveries, according to figures compiled by the US’ Johns Hopkins University.

Coronavirus cases in Afghanistan near 1,500