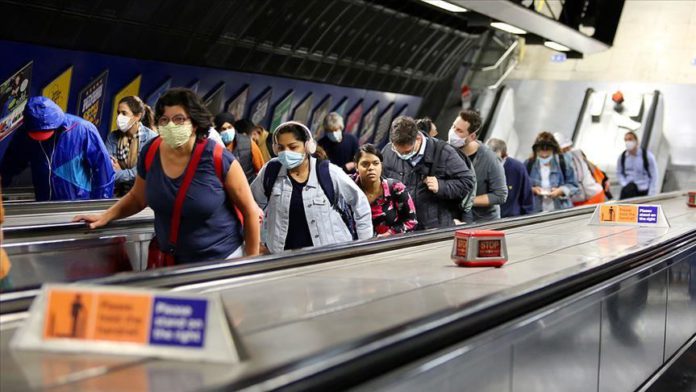 Britain on Thursday recorded a further 17,540 cases of the novel coronavirus across the country over the past 24 hours – an increase of 3,000, or around 25% – compared to yesterday.

It was a new daily record for confirmed cases since the previous peak in the spring.

According to official figures, some 77 more people died of the virus, bringing the total to 42,592.

Meanwhile, figures from the Office for National Statistics (ONS) showed that coronavirus had killed three times as many people as the flu and pneumonia combined.

Sarah Caul, head of mortality analysis at the ONS, said: “Since 1959, which is when ONS monthly death records began, the number of deaths due to influenza and pneumonia in the first eight months of every year have been lower than the number of COVID-19 deaths seen, so far, in 2020.”

She added that coronavirus’ mortality rate was also “significantly higher” than flu and pneumonia for 2020 so far as well as the five-year average.

Two senior figures in the ruling Conservative Party announced that they would lead a quick, cross-party investigation into the government’s handling of the pandemic, fearing that a full public inquiry would take too long for lessons to be learned in the meantime.

They are hoping to produce a report by the spring, while issuing recommendations along the way.

Hunt has been particularly vocal about the need for testing regularly and at scale, and the issue is expected to feature prominently in their investigation.

The investigation will also examine how effective lockdown measures have been; how well modelling and data have been used; how well the government had communicated; general pandemic preparedness; and the impact of the pandemic on Black and Minority Ethnic communities.

‘Bolsonaro must be impeached for virus mismanagement’