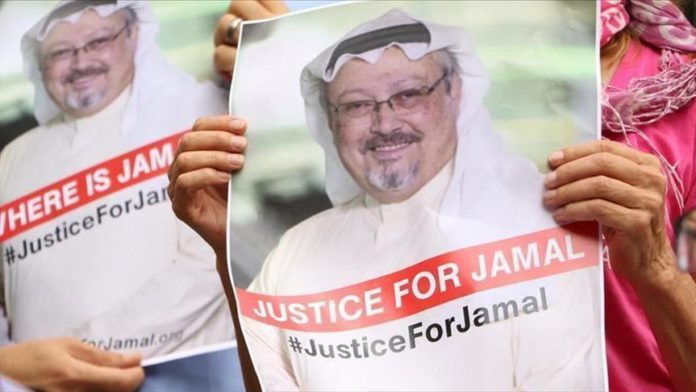 Britain on Tuesday said they have “consistently called for a thorough, credible, transparent investigation” which holds those responsible to account in the case of Jamal Khashoggi, a dissident Saudi journalist killed in 2018 in Istanbul.

“It is right that those responsible for the killing are be held to account for this terrible crime and we have consistently stressed that Saudi Arabia must ensure that something like this can never happen again,” the FCO said.

The office’s reaction came after the UN on Tuesday said the Saudi trial lacked transparency.

Rupert Colville, spokesman for Office of the United Nations High Commissioner for Human Rights, was asked by Anadolu Agency if the UN would condemn the Saudi court decision, which UN investigator Agnes Callamard called a “parody of justice” which spared “high-level” plotters.

“This was a very severe and gruesome crime, a horrendous crime,” said Colville.

“This is a case where there hasn’t been proper transparency in the justice process and clearly those responsible should be prosecuted and given sentences commensurate with the crime.”

He said that in such cases, “very lengthy jail sentences” would be appropriate.

“But there’s a whole issue of transparency in the conduct of the case, which Callamard has gone into in considerable detail.”

On Monday, the Riyadh Criminal Court commuted death sentences, and handed down prison terms of up to 20 years to the accused, who were pardoned by the journalist’s family. They were sentenced to death last year.

“The Saudi prosecutor performed one more act today in this parody of justice. But these verdicts carry no legal or moral legitimacy,” tweeted Callamard, the UN special rapporteur on extrajudicial executions.