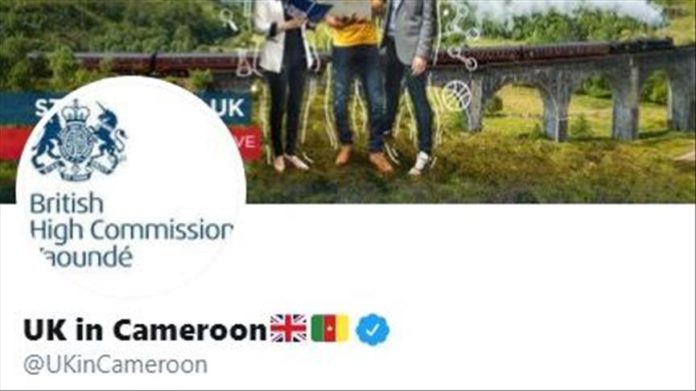 The UK on Wednesday condemned recent attacks on educational institutions in Cameroon’s North West and South West regions, marred by violence since 2017.

“Every child has the right to a safe education & every teacher to safety at work. This violence must stop. Those kidnapped must be released unharmed,” the UK Embassy in Yaounde tweeted on Wednesday.

The UK condemns the recent attacks on educational institutions in North West and South West 🇨🇲 including #Kumba, #Kumbo and #Limbe. Every child has the right to a safe education & every teacher to safety at work. This violence must stop. Those kidnapped must be released unharmed.

On Wednesday, a group of armed men with machetes and guns broke into a school in the coastal city of Limbe in the South West, local media reported.

Students and teachers were stripped and locked in a classroom and the fire was immediately lit. Security forces intervened and there were no human casualties.

At least eight students have reportedly been kidnapped in Fundong, North West Region on Wednesday.

Gunmen stormed a private school in the city of Kumba, South West region on Oct. 24, killing seven children and injuring at least 13 others.

The international community condemned the attack and urged for an investigation.

“Cameroonian authorities, with technical support and forensics expertise from the United Nations and African Union, should urgently protect the site, preserve evidence, carry out a credible, effective investigation, and ensure that those responsible for the attack are held to account,’’ Human Rights Watch said in a statement on Monday.

Following the incident, several opinion leaders took on social media with the hashtag #EndAnglophoneCrisis to denounce the attacks and urge the government and secessionists to solve the crisis which has affected hundreds of thousands.