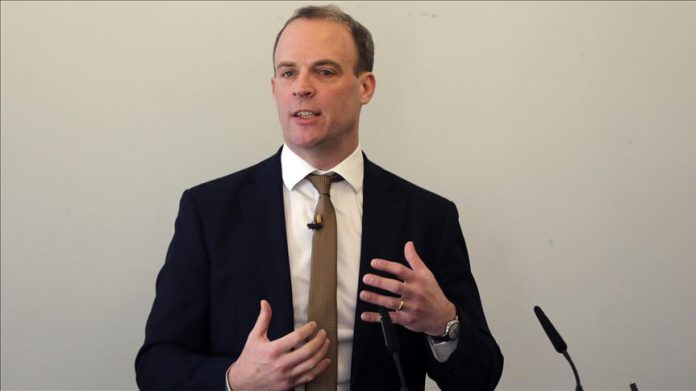 The U.K. on Friday condemned Thursday’s airstrike by the Syrian regime which martyred 33 Turkish soldiers.

“I condemn the killing of at least 33 Turkish soldiers in Idlib yesterday. We express our deepest condolences to the Turkish government and people,” said Dominic Raab, the U.K. foreign secretary, in a statement.

“We will be calling for an emergency UN Security Council session today in New York,” he said, adding “yesterday’s events only confirmed the reckless and brutal nature of the offensive which the Syrian regime and Russia are conducting in Idlib.”

“There is no justification for such blatant disregard of