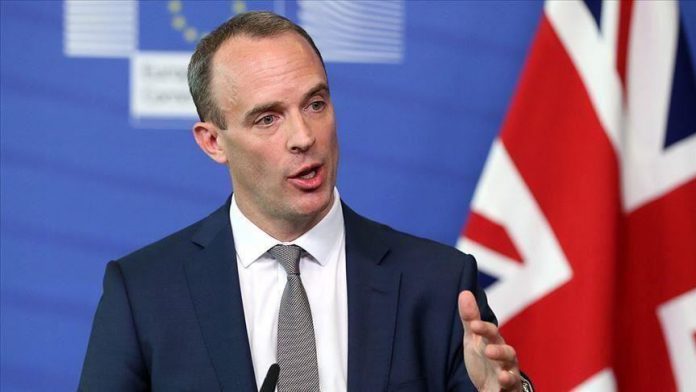 The U.K. on Friday reacted to reports that Israel could immediately act to annex parts of the occupied West Bank.

Foreign Secretary Dominic Raab said such a move by Israel would damage efforts to restart peace negotiations with Palestine.

“The United Kingdom is concerned by reports of possible moves toward annexation of parts of the West Bank by Israel. Any such unilateral moves would be damaging to renewed efforts to restart peace negotiations, and contrary to the international law,” Raab said in a statement.