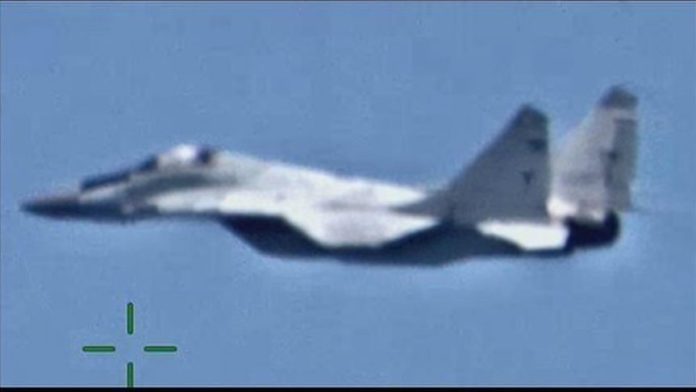 The UK on Saturday expressed concern over the recent transfer of Russian aircraft from Syria to Libya.

“We are concerned by recent US reports of Russian fighter jets being deployed from Syria into Libya, and growing evidence of Russian involvement in Libya in support of General Haftar’s forces. This external interference exacerbates the conflict and undermines the UN-led peace process,” the country’s Foreign and Commonwealth Office said in a statement.

The statement also called on all Libyan parties in the conflict to “engage urgently” in UN-led cease-fire efforts and a return to political dialogue.

Russia has since denied this, with its Defense Committee official Andrey Krasov saying Bashagha’s information did not reflect the truth.

“This is just another American scaremongering. An example of spreading false information, just like the previous American administrations,” Krasov added.

US Africa Command (AFRICOM) had shared satellite images of the Russian jets being sent to Libya, claiming that after being painted in Russia’s Khmeimim Air Base in Syria, they were sent to the war-torn North African country along with other Russian planes.