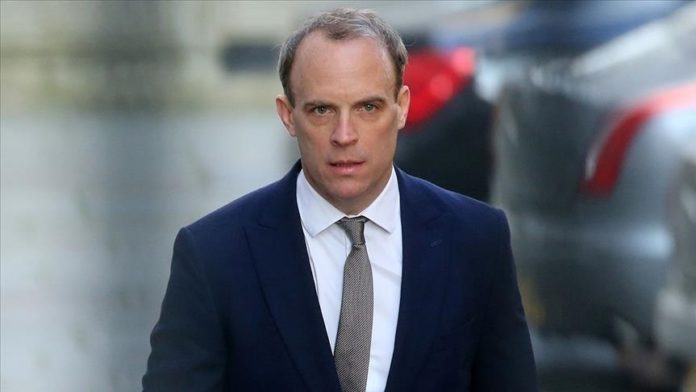 Britain on Sunday said it remembers the victims of the 1995 Srebrenica genocide during which more than 8,000 Bosnian Muslims were murdered by Bosnian Serb forces.

“Today, we pause to remember the victims and honour the survivors of the Srebrenica genocide,” Foreign Secretary Dominic Raab said in a statement released on the 26th anniversary of the genocide.

“The United Kingdom continues to play a vital role in ending impunity for these horrific crimes as we have shown by agreeing to provide the prison cell so Radovan Karadzic can serve his life sentence for the genocide.”

The statement from the Foreign and Commonwealth Office said the “genocide claimed the lives of over 8,000 mostly Muslim men and boys and led to the displacement of over 20,000 women and children who were forcibly expelled from their homes.”

Raab also urged political leaders in the region to “reject hate speech, to condemn any glorification of the perpetrators of genocide and war crimes, and to respect the verdicts of international and domestic courts.”

Dutch troops failed to act as Serb forces occupied the area, killing some 2,000 men and boys on July 11 alone. About 15,000 residents of Srebrenica fled to the surrounding mountains, but Serb troops hunted down and killed 6,000 more people.