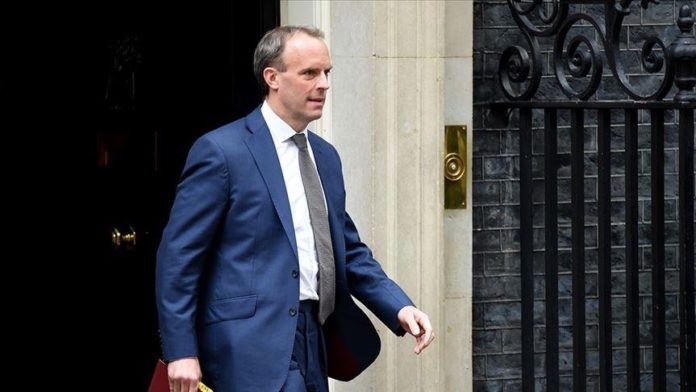 Britain on Friday said China should give the UN access to Xinjiang if Beijing wants to “credibly rebut claims of human rights violations” there.

“It speaks volumes that while the UK joins the international community in sanctioning those responsible for human rights abuses, the Chinese government sanctions its critics,” Raab said in a statement.

“If Beijing want to credibly rebut claims of human rights abuses in Xinjiang, it should allow the UN High Commissioner for Human Rights full access to verify the truth,” he added.

“We condemn China’s attempt to silence those highlighting human rights abuses, at home and abroad, including UK MPs and peers,” Raab also said in a separate message on Twitter.

“The MPs and other British citizens sanctioned by China today are performing a vital role shining a light on the gross human rights violations being perpetrated against Uyghur Muslims,” Johnson said on Twitter.

“Freedom to speak out in opposition to abuse is fundamental and I stand firmly with them,” he added.

Earlier this week, the UK had imposed sanctions, alongside the US, Canada and the EU, on Chinese officials over alleged human rights violations against Uyghur ethnic group, predominantly Muslims, in Xinjiang.

Beijing also summoned the British ambassador to China to protest the sanctions.

China has repeatedly denied allegations that it is operating detention camps in its northwestern Xinjiang region, home to the Uyghur community, claiming instead that it is “re-educating” Uyghurs.