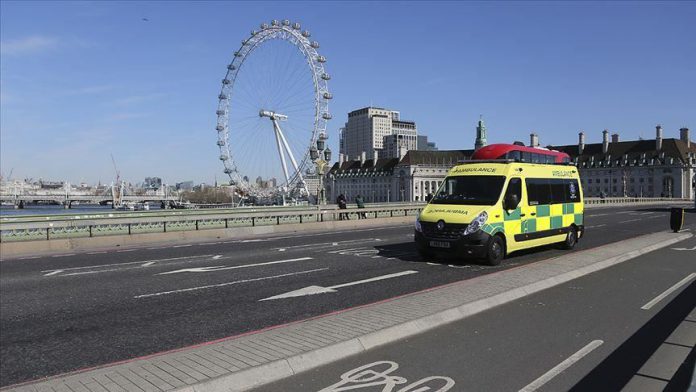 The U.K. registered 586 more deaths from the coronavirus over the past 24 hours, health authorities said on Tuesday, bringing the tally in the country to 21,678.

At the daily news briefing, Health Secretary Matt Hancock announced that from tomorrow, the government will publish total daily death figures, including those in care homes and the wider community, and not just deaths in hospitals.

Hancock also insisted the government was on track to meeting its target of 100,000 tests per day by the end of the month, despite only conducting 43,453 in a day, less than half the target with only days to go.

The secretary said the government was expanding access to testing for people over 65 years of age and those in their households, those who have to leave home to go to work, asymptomatic residents and staff in care homes, and symptomatic patients and staff in hospitals.

– A long way back

A survey by the Confederation of British Industry (CBI) found that 71% of retailers saw a decrease in sales in April, with only 16% reporting an increase.

The CBI said: “Retailers reported a steep drop in sales in the year to April – matching the decline in December 2008, marking the joint sharpest fall since the survey began in July 1983.”

The confederation’s chief economist Rain Newton-Smith said: “It’s no surprise that the lockdown is hitting retailers hard. Two fifths have shut up shop completely for now. And sales of groceries and other essentials also fell, suggesting households may have been dipping into stockpiles built up prior to the lockdown or tightening their belts more generally as incomes take a hit.”

Polling firm Ipsos MORI carried out a survey in 14 countries, and found Britain was the country least likely to agree that the economy and businesses should be allowed to open if the coronavirus pandemic in not fully contained.

The point of view was shared by 70% of respondents in Britain and Canada, the highest percentage, followed by Mexico at 65%, Spain and Australia at 61% and the US at 59%.

Responding to the question “Are you nervous about leaving your home is businesses reopen and travel resumes?,” 71% of Brits said they were, the fourth highest level after India at 78%, Japan at 77%, and China at 72%.

Gideon Skinner, head of political research at Ipsos MORI said: “Our latest polling across 14 countries show that Britons are the most cautious when it comes to reopening the economy, being the least keen for businesses to reopen if the Coronavirus is not contained. Furthermore, seven in ten Britons say that they will be nervous about leaving the house after the lockdown eases. These suggest that the turnaround in the economy might not be quite so fast as hoped for.”

The Justice Ministry published analysis by Public Health England showing that the number of suspected coronavirus cases in prisons is over five times the confirmed number.

The data found that there were 324 confirmed cases, but 1,783 suspected cases.

Figures from the Office for National Statistics (ONS), the UK’s official statistics body, showed that there were 4,343 deaths from coronavirus inside care homes between April 10-24.

This is a sharp increase from the death toll until April 10, which stood at 1,043.

Half the deaths between April 10-24 took place in the final five days, indicating that the trend is accelerating.

The ONS also said the figures may be an underestimate due to reporting delays, and care home operators said they had still not reached the peak.

After first appearing in China last December, the COVID-19 has spread to at least 185 countries and regions.

Data compiled by the US’ Johns Hopkins University shows worldwide infections surpassing 3.06 million with more than 212,000 deaths. Over 906,000 have recovered.