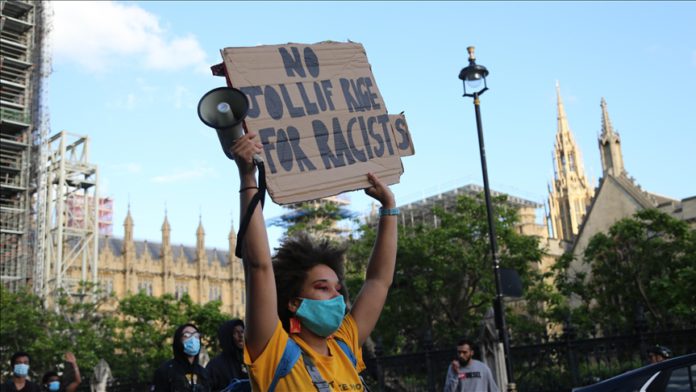 Buckingham Palace is to address the issue of racism within its institutions following an eventful interview between US talk show host Oprah Winfrey and Prince Harry and Meghan Markle where allegations of racism where made against the royal house.

In a statement released on behalf of Queen Elizabeth, the palace said various issues raised during the two-hour interview, including that of race, were concerning and that the family was saddened to hear of the struggles faced by the couple.

“The whole family is saddened to learn the full extent of how challenging the last few years have been for Harry and Meghan,” the statement said.

“The issues raised, particularly that of race, are concerning. Whilst some recollections may vary, they are taken very seriously and will be addressed by the family privately. Harry, Meghan and Archie will always be much loved family members,” it added.

The palace has been under mounting pressure to respond to the allegations of racism after Markle, the first mixed-race member of the royal family, revealed that questions were asked on “how dark” their son Archie’s skin might be and “what that might mean” for the palace.

During the interview, which took place on Sunday in California, she revealed that she was having suicidal thoughts due to a racist onslaught of lies and deceit by British tabloids and how she was being treated by certain individuals within the palace.

She described in painstaking detail how she felt trapped in the institution following the confiscation of her passport and driver’s license and the refusal in allowing her to meet her friends.

More importantly, when she sought professional help after the deterioration of her mental health due to the attacks by the press, Meghan was refused by palace authorities and told that nothing could be done in this regard.

Later joined by her husband, Harry, the pair told Winfrey that the palace had also withdrawn their private security detail when they moved to Canada, which in turn led to the couple relocating to California in the US and officially stepping back from their roles as senior members of the royal family.

In January 2020, the royal couple officially stepped back from their senior positions in the royal family and are no longer using their official titles, His/Her Royal Highness (HRH), which are usually given to senior members of the House of Windsor.

The decision was a result of intense media scrutiny of the couple by British tabloids who were accused of bullying and intruding in the personal lives of the royals. It is understood that Buckingham Palace was disappointed with the decision and were not even consulted beforehand.

In September 2019, Meghan sued the Associated Newspapers after their affiliates, the Mail on Sunday and Mail Online, published a private letter that Meghan had written to her estranged father and sought damages for alleged misuse of private information, copyright and infringement as well as a breach of the Data Protection Act.

Last month, the Duchess of Sussex won a high court privacy case against the Mail on Sunday after a two-year legal battle.