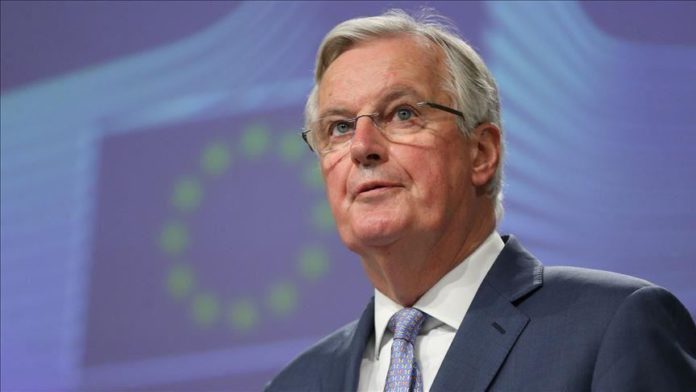 The EU’s chief Brexit negotiator Michel Barnier told European diplomats that Britain has “blocked” progress in key areas of the talks as time runs out to secure and ratify a deal, an exclusive report by Sky News revealed on Thursday.

Barnier briefed representatives from the 27 EU member states yesterday, and the British TV channel saw confidential minutes of the meeting.

According to its report, the main areas of disagreements remain the same: fisheries, governance, and a level-playing field.

The level-playing field, which includes rules over state aid, is an EU priority to ensure the UK does not undercut the EU on its own doorstep.

“The prime minister has stressed that alignment [with European rules] would breach sovereignty,” Barnier told the meeting.

“This question seriously throws the chances of an agreement into doubt.”

Barnier said the level playing field was still “the most fundamental point where we still have major differences.”

He also told the meeting: “If no progress is registered on LPF [level-laying field], there is a risk that that leaves us unprotected against unfair competition.”

Barnier said the UK side had suggested an independent authority oversee state aid, but then added “the UK seems to have blocked any progress over the last two weeks.”

Despite saying that a deal “was possible,” Barnier accused Britain of “trying to apply time pressure.”

The UK has accused the EU of the same tactic.

A senior European diplomat told Sky News that Barnier “continues to enjoy the full support and trust of all member states.”

If the two sides come to an agreement, there must still be time left over by the end of the year for EU member states to ratify the deal, adding further to the sense of urgency.