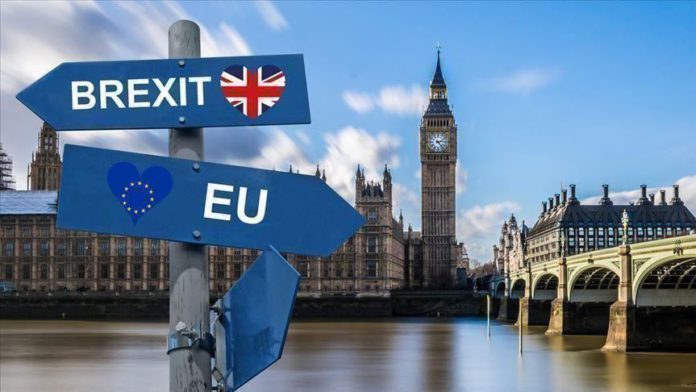 Britain said Tuesday that hopes of striking a deal with the EU are dwindling and blamed the bloc for the impasse.

The two sides are aiming to strike a deal by the end of the year when the UK’s transition period out of the EU expires. If the two sides cannot agree, the UK will leave the bloc without a deal.

Prime Minister Boris Johnson’s spokesman said: “The EU continues to insist that we must agree on difficult areas in the negotiations, such as EU state aid, before any further work can be done in any other area of the negotiations, including on legal texts, and that makes it very difficult to make progress.

“We would instead like to settle the simplest issues first, in order to build momentum in the talks, as time is short for both sides.”

The issue of state aid has turned into a key sticking point for both sides, with the UK insisting it represents its independence from the EU and the EU saying an agreement on the issue is necessary to ensure a level playing field.

“After the transition period, the UK will have its own regime of subsidy control, and will not be subject to the EU’s state aid regime. We have been very clear about that throughout,” the spokesman said. “The UK’s future subsidy arrangements are a matter for the British people and parliament, not the European Union.”

A spokesman for EU chief Brexit negotiator Michel Barnier said: “We have been engaging constructively and in good faith. Michel Barnier said at the end of the last round of negotiations that we have shown flexibility by taking note of Prime Minister Johnson’s three red lines and working on them.

“We have not seen, however, a reciprocal effort on the UK’s side regarding European priorities. We are now waiting for the UK to present concrete and constructive proposals.”

Clement Beaune, France’s EU affairs minister, said: “Things are not advancing because the UK would like to have its cake and eat it: to leave the European Union and have access to the European market.”