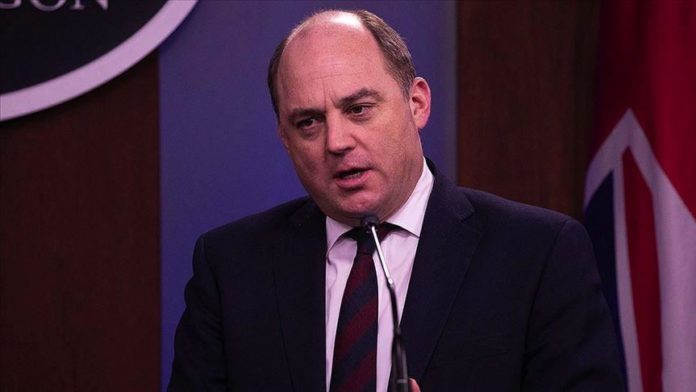 “I have offered my support to my German colleagues, to make sure we hopefully deliver a good result on that,” Ben Wallace told a joint press conference with his German and French counterparts in Saarland, Germany.

Wallace also said that they had “good discussions” on the Eastern Mediterranean and issues around the rule of law, freedom of navigation, and recognizing the various issues at stake in the region.

German and French leaders on Thursday called for de-escalation of tensions in the Eastern Mediterranean, and vowed to support diplomatic efforts to resolve maritime boundary disputes between Greece and Turkey.

German Chancellor Angela Merkel reiterated her call on Greece and Turkey to resume direct talks to resolve their long-standing disputes, and said Berlin and Paris would enhance their cooperation to facilitate a diplomatic solution.

Merkel’s diplomatic efforts for mediation between Turkey and Greece were severely undermined earlier this month when Macron announced that France would send warships to the region in support of Greece.

But on Thursday, during the press conference, Macron underlined the importance of Merkel’s diplomatic initiative, and said Paris will support Berlin’s efforts.

Turkey accuses Greece of pursuing maximalist policies in the Eastern Mediterranean and underlines that its maritime claims violate the sovereign rights of Turkey, the country with the longest coastline in the region.

After Greece and Egypt signed a controversial maritime delimitation deal earlier this month, Ankara resumed energy exploration in the Eastern Mediterranean in an area within the country’s continental shelf.