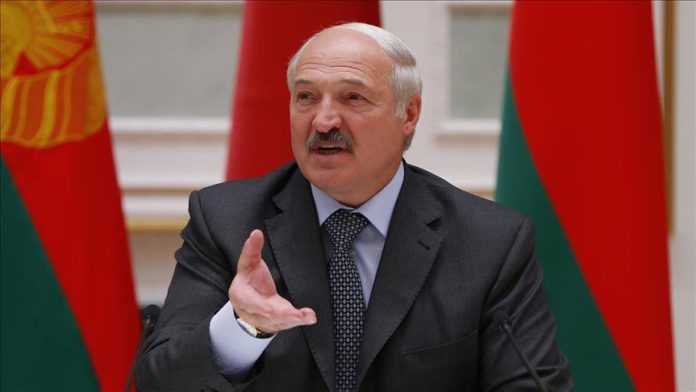 The UK announced on Tuesday that it has sanctioned eight members of the regime in Belarus, including President Alexander Lukashenko and his son, over human rights violations against opposition figures.

The sanctions were imposed in coordination with Canada, signalling an international approach to the situation in Belarus. The new sanctions include a travel ban and asset freeze on eight individuals in the Belarusian regime.

A Foreign Office statement read: “Alexander Lukashenko’s regime is responsible for a string of human rights violations against opposition figures, media and the people of Belarus in the wake of rigged elections. Despite numerous calls from the international community, he has refused to engage in dialogue with the opposition, choosing instead to double down on his violent repression.”

Alexander Lukashenko is the first leader to be sanctioned under the UK’s new post-Brexit sanctions regime, which was introduced in July.

The statement added that the UK had previously taken steps to help resolve the crisis in Belarus peacefully: “These steps include triggering an independent investigation into the flawed elections and human rights violations that followed, under the auspices of the Organisation for Security and Cooperation in Europe. The UK has also doubled its financial support to human rights groups, independent media and community groups in Belarus to £1.5 million [$1.9 million] over the next two years.”

The statement said that sanctions were imposed in response to the torture and mistreatment of hundreds of protestors after the fraudulent elections. Opposition figures have been arrested, deported, or denied re-entry, the statement said, “in a clear show of Lukashenko’s disdain for dialogue with the opposition and for basic human rights.”

Foreign Secretary Dominic Raab said: “Today the UK and Canada have sent a clear message by imposing sanctions against Alexander Lukashenko’s violent and fraudulent regime. We don’t accept the results of this rigged election.

“We will hold those responsible for the thuggery deployed against the Belarusian people to account and we will stand up for our values of democracy and human rights.”