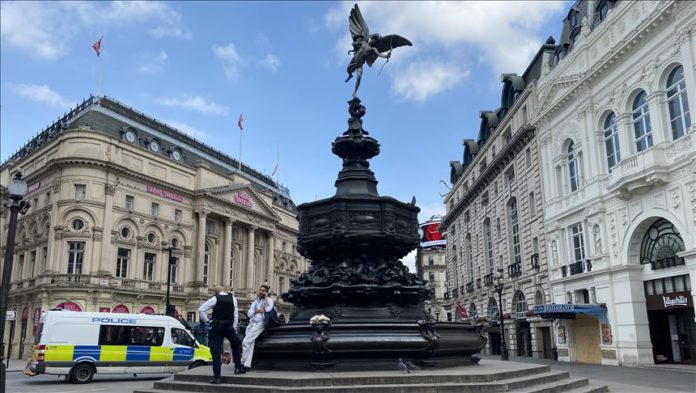 Britain announced its first local lockdown on Tuesday as health authorities said a further 155 people across the UK had died from coronavirus over the past 24 hours.

The Department of Health tweeted the nationwide death toll has reached 43,730, while 312,654 people have tested positive.

Leicester, a city in central England with a population of around 300,000, will become the first place in the country to enter a local lockdown. There have been around 950 new infections over the past two weeks, and 10% of all coronavirus cases in England last week were in Leicester.

From Thursday, non-essential shops will be shut again, as well as schools closing to most pupils.

This means they will miss out on England’s easing of lockdown restrictions on July 4, which is being billed as ‘Super Saturday’ in local media.

Restaurants, pubs, hairdressers, and cinemas will be allowed to open from this weekend.

Leicester’s lockdown will be reviewed in two weeks, and also be applied to surrounding towns and villages.

“They said they would reconvene press conferences when important, significant things happen, this is important and this is significant,” he said. “We certainly want one today because people in Leicester are crying out for answers to perfectly legitimate questions.”

The prime minister’s spokesman said there was “no current plan” for a dedicated press conference on the issue as the health secretary had already spoken to both parliament and local media.

Since originating in China last December, the coronavirus pandemic has claimed almost 507,000 lives in 188 countries and regions.

More than 10.36 million cases have been reported worldwide, while over 5.26 million patients have recovered, according to figures compiled by the US’ Johns Hopkins University.