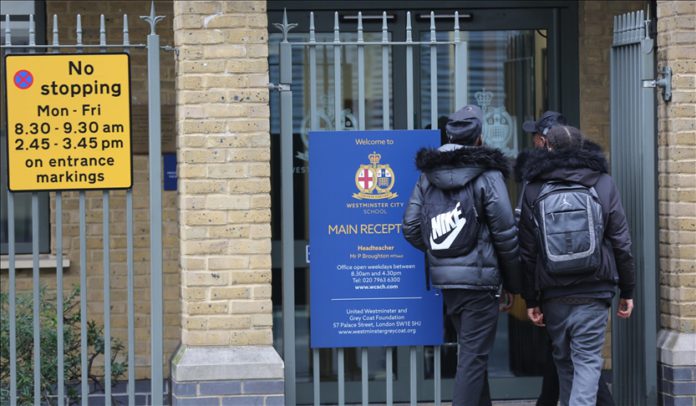 All schools across England have reopened as part of the first of four stages of the gradual easing of lockdown, amid concerns that infection rates will spike in the following months as restrictions begin to relax.

During a press conference aired on BBC News to commemorate the beginning of the first stage, Prime Minister Boris Johnson said that the risk of increased transmission was inevitable as schools reopen but nonetheless he is hopeful that today will be a “cautious but irreversible” step on the roadmap out of lockdown.

Despite the cautious optimism, Johnson warned that the number of people being admitted to hospital with the coronavirus was eight times higher when compared to the summer of 2020 when numbers were generally low and repeated that people must continue to follow the “stay at home” message.

“We must remember that today’s return to schools will, of course, have an impact on the spread of the virus, and so, at all times and as we decide on the next steps forward and when we take them it’s more vital than ever to follow the rules,” Johnson said.

“We all know that the education of our children is so important that the greater risk now is keeping them out of school for a day longer. We all know that the burden has disproportionately fallen on women often holding down jobs and providing childcare at the same time,” he added.

Last month the government unveiled a four stage plan that will see England gradually eased out of its third national lockdown starting with the reopening of schools, allowing people from different households to meet outside and the reopening of businesses.

At the end of each stage the government will assess the data and statistics relating to the number of cases, deaths and hospitalizations caused by the virus and will decide whether or not to go ahead with each stage depending on whether there is a rise or fall in the three factors.

On Monday, 4,712 people had a confirmed positive test of the virus adding this week’s total to 41,225. This represents a 26.2% decrease in comparison to the last seven days.

More than 22.3 million people had been administered their first dose of the vaccine as of late Sunday, with 1.14 million others receiving the second. Vaccines are currently administered in two doses, three weeks apart.

The latest R range for the UK has increased slightly and is now at 0.7-0.9, with the current growth rate also increasing to -5% to -3% per day. The R number is a mechanism used to rate the virus’s ability to spread, with R being the number of people that one infected person will pass the virus on to.