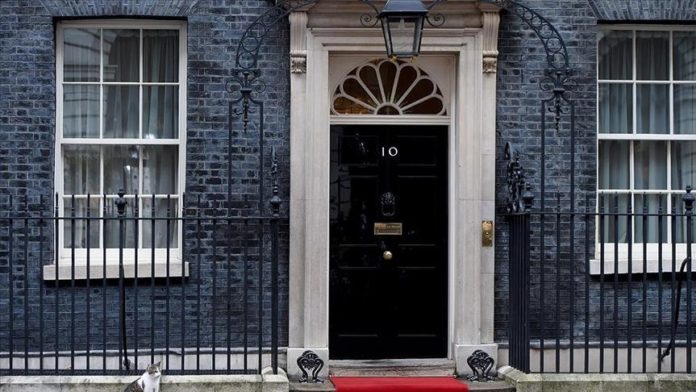 The UK said late Saturday that it has information that Russia wants to install “a pro-Russian leader in Kyiv as it considers whether to invade and occupy Ukraine.”

Former Ukrainian MP Yevhen Murayev is being considered as a potential candidate, according to the statement.

“Some of these have contact with Russian intelligence officers currently involved in the planning for an attack on Ukraine,” it said.

“The information being released today shines a light on the extent of Russian activity designed to subvert Ukraine, and is an insight into Kremlin thinking,” said British Foreign Secretary Liz Truss.

She has urged Russia to “de-escalate, end its campaigns of aggression and disinformation, and pursue a path of diplomacy.”

“As the UK and our partners have said repeatedly, any Russian military incursion into Ukraine would be a massive strategic mistake with severe costs.”

Truss reiterated that the UK’s position on Ukraine is also clear, adding that the UK “unequivocally” supports “its sovereignty and territorial integrity within its internationally recognised borders, including Crimea.”

“Ukraine is an independent, sovereign country,” she added.

Last week Truss warned that Russia’s invasion of Ukraine would lead to “a terrible quagmire and loss of life” it experienced in the Soviet-Afghan war.

The British government has been shipping defensive weapons to Ukraine, according to a statement by the UK’s Defence Secretary Ben Wallace.

Russia’s military buildup along the Ukrainian border has caused criticism from Ukraine and NATO as tensions have intensified in recent weeks, with Kyiv openly accusing Moscow of planning an invasion.

Russia annexed Ukraine’s Crimean Peninsula in 2014 in a move that has never been met with international recognition and which has been decried as illegal under international law.

That year saw Moscow begin its support for separatist rebels in eastern Ukraine, a policy it has continued for eight years.

According to the UN, fighting between Ukrainian government forces and pro-Russian separatists in eastern Ukraine has seen more than 13,000 people killed since 2014.