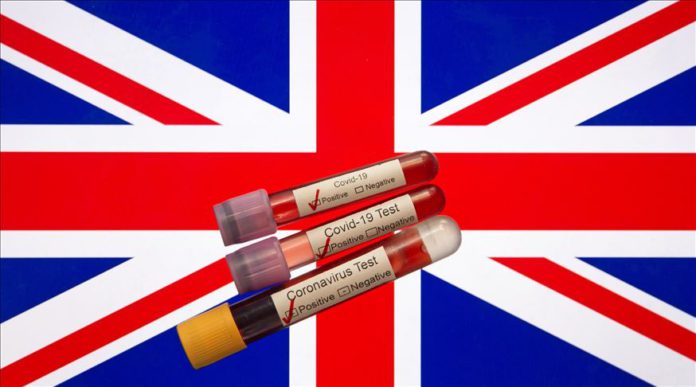 British Health Secretary Matt Hancock said on Friday that the total number of UK-wide deaths from coronavirus was 27,510, an increase of 739 in 24 hours.

Hancock added the government had met its “audacious” target of 100,000 tests per day, with 122,347 tests carried out yesterday.

The claim was immediately challenged. Earlier in the day, the Health Service Journal (HSJ), which covers the National Health Service and medical news in England, said the government had changed the way it counted tests in order to boost its numbers.

A source told the HSJ that previously tests were counted once the sample had been processed in laboratories, but the definition was changed over the past few days.

Now, tests are counted if they have been delivered to people’s homes, even before the individual in question has provided a sample and posted it back to a laboratory.

The HSJ reported that 50,000 of the tests reported on April 30 are actually tests that have been mailed, or agreed to be mailed.

The source told the HSJ that Hancock was “obsessed” with meeting the target.

“They are trying every trick in the book,” the source told HSJ. “They had to get the permanent secretary at DHSC [Department of Health and Social Care] (Chris Wormald) to agree to a change in the counting process.

“We’re now counting a home test as tests which have been sent to people’s homes.”

Shadow Health Secretary Justin Madders said: “Counting a test put in the post is not the same as a conducted test and getting results. Ministers should focus on making sure these tests are administered effectively rather than moving the goalposts to hit their own arbitrary target.”

Hancock said his next target was increased tracking and tracing: “With this next mission of test, track and trace, I’m seeking a solution that allows us, by each of us participating, to target the measures that are needed with much more precision and so to reassert, as much as is safely possible, the liberty of us all.”

Figures released by the Office for National Statistics showed that poorer people were dying from coronavirus at twice the rate of rich people.

At a Downing Street press briefing earlier in the day, Prime Minister Boris Johnson’s spokesman said the government had yet to decide whether to advise the public to wear face masks.

The spokesman said: “Ministers are still considering how we move forward with face coverings, in terms of the precise advice.

“The advice we have received, based on the science, shows a weak but also positive effect in reducing transmission from… asymptomatic members of the public, where social distancing is not possible.”

“We’re talking about face covering. We’re certainly not thinking about anything that might take PPE supplies away from the NHS, or care workers, or others,” the spokesman added.

Separately, the Premier League said they were determined to complete the 2019-20 season.

“The clubs reconfirmed their commitment to finishing the 2019-20 season, maintaining integrity of the competition and welcomed the government’s support,” the statement said. “The league and clubs are considering the first tentative moves forward and will only return to training and playing with government guidance, under expert medical advice and after consultation with players and managers.”

The pandemic has killed nearly 233,000 people worldwide, with more than 3.3 million infections, while over 1 million patients have recovered, according to figures compiled by the US-based Johns Hopkins University.