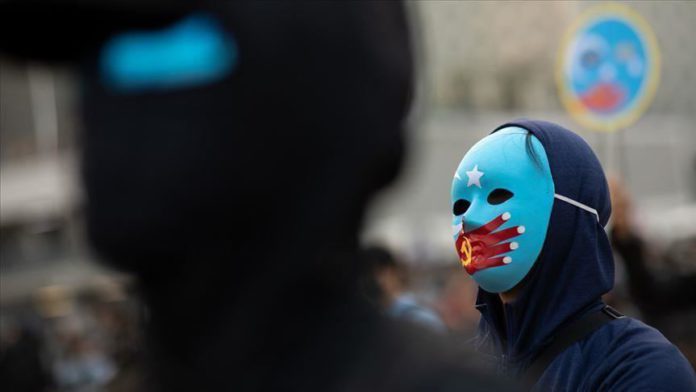 British parliamentarians and peers are pushing for Uighurs and other Muslim minorities to be given the right to seek a ruling by the UK High Court that a genocide is taking place in China, which would limit UK trade ties with Beijing, local media reported.

The move has broad cross-party support and provoked fears within the British government that lucrative trade ties with China could be put at risk, according to an exclusive report by The Guardian newspaper.

The proposal is being led by former Conservative Party leader Iain Duncan Smith.

Rulings on genocide are made at the UN but critics say political divisions mean war crimes and genocide are hardly, if ever, punished.

The new move in the UK would allow victims, and those campaigning on their behalf, to file petitions in British courts.

Apart from the Uighur issue, UK-China ties have also been strained over the matter of Chinese firm Huawei’s role in Britain’s 5G upgrade, as well as the controversial national security law imposed by Beijing in Hong Kong, which was formerly governed by the UK.

Smith was quoted by The Guardian as saying: “The government has still not got it on human rights in China. If an African country was doing what China is doing, ministers would be all over it, but because of China’s size and influence at the UN, it runs away. It is time we stood up against the abuses underway within China.”

The pro-Uighur alliances in both houses of Parliament are proposing that no trade bills can come into effect if a high court judge rules that one party to the trade agreement is committing genocide.

The Guardian reported that he has the support of enough Conservative MPs to defeat the Conservative government.

Rights group, including Amnesty International and Human Rights Watch (HRW), accuse Beijing of ostracizing the 12 million Uighurs in China, most of whom are Muslims.

A 2018 report by HRW focused on what it said was a Chinese government campaign of “mass arbitrary detention, torture, forced political indoctrination, and mass surveillance of Xinjiang’s Muslims.”

China has repeatedly denied allegations that it is operating detention camps in its northwestern Xinjiang autonomous region, home to the Uighur community, claiming instead that it is “re-educating” Uighurs.