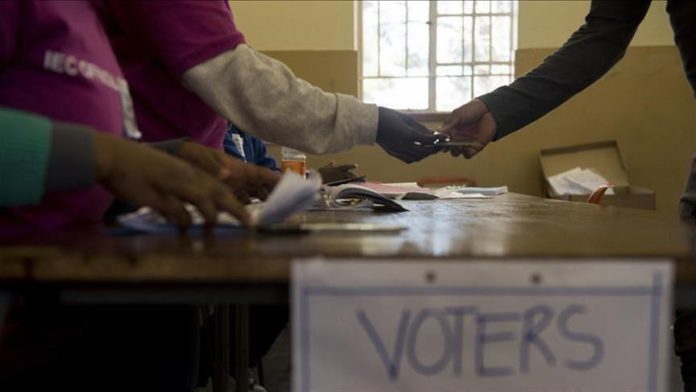 As Ugandans brace for Thursday’s presidential election, the regime is coming up with more repressive measures to hold its grip onto power, targeting Bobi Wine, the main challenger of the incumbent President Yoweri Museveni.

Besides blocking Wine from meeting his supporters and arresting all his campaign team, the police earlier Wednesday ordered the withdrawal of his private security guards who have been guarding his residence for the past 12 years.

“Their supervisors showed up unannounced at midnight, disarmed my guards and said they had instructions to immediately withdraw my security,” Wine tweeted.

There is a growing chorus of concern over the credibility of Jan. 14 election.

The Electoral Commission is mandated by law to declare the outcome of the presidential election within 48 hours from close of polls. Thus, by Saturday, Jan. 16, the new president should be announced.

Meanwhile, the US Wednesday canceled its observation of the election as most of its accreditation requests were denied. The US said Thursday’s vote would lack the accountability, transparency and confidence that observer missions provide.

US Ambassador to Uganda Natalie Brown, in a statement Wednesday, said the Electoral Commission of Uganda denied more than 75% of their election observer accreditation requests.

“With only 15 accreditations approved, it is not possible for the United States to meaningfully observe the conduct of Uganda’s elections at polling sites across the country. Despite multiple requests, the Electoral Commission provided no explanation for its decision, which it communicated mere days before the elections,” she said.

The Electoral Commission said the US mission is one of more than 1,500 national and international observers that have been accredited to observe the election.

Uganda government spokesperson Ofwono Opondo said the US has no moral authority to observe and judge election in the country, yet they have so much on their plate.

A coalition representing hundreds of Ugandan civil society organizations said on Wednesday that it had filed 1,900 accreditation requests but only 10 were granted.

– Excessive use of force

The EU said the electoral process had been seriously tarnished by the excessive use of force and its offer to deploy a small team of electoral experts was not taken up.

Wine launched an app “UVote” he said would help in their personal tallying of votes to make sure that votes are seen as they come from various polling stations.

The commission will allow phones at polling stations but they must not be used for recording purposes or taking photographs inside the polling stations, which is the cordoned off area.

President Museveni dismissed interference by foreign partners, saying they did not understand that Uganda’s strength came from the ruling National Resistance Movement, the army and the economy.

The commander-in-chief of the military, who has been in power since 1986, also warned the opposition against rigging the election.

The government ordered an indefinite shutdown of social media platforms and Mobile Money services ahead of the general elections. Many Ugandans are now using a VPN connection.

The Ministry of Public Service announced that the day after voting has been declared a public holiday.

While previous elections have been marred by crackdowns on the opposition, campaigning this time has been particularly violent. More than 50 people have so far been killed, hundreds of opposition supporters are languishing in jails across the country, and opposition candidates, supporters and campaign staff have been repeatedly arrested and intimidated.