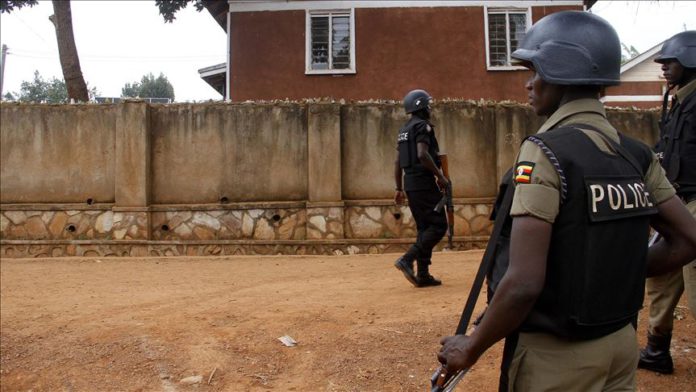 “Gen. Museveni and his pathetic hypocrisy. In every town, our people (supporters) are brutalized, teargased and arrested for gathering to wave at us,’’ Kyagulanyi wrote on Twitter.

Kyagulanyi, 38, a pop star-turned-politician, is seen by many as the new face of Uganda’s opposition, viewed as a major threat to Museveni, 76, in power since 1986.

Kyagulanyi joined politics less than five years ago after he was elected to become a member of the parliament in a by-election for Kyadondo East constituency. He has now grown his support base across the landlocked East African nation.

On Sunday, he posted photos on Twitter showing how police fired tear gas canisters at crowds of his supporters in Mbale city, some 200 kilometers east of capital Kampala.

He also claimed that police had directly thrown a tear gas canister into his car.
“The crime of the people was waving at me, and marching with me peacefully towards our designated venue for the election campaign,” he wrote.

Local broadcaster NTV-Uganda showed footage of police firing tear gas canisters at crowds who gathered to wave at Kyagulanyi in both Sironko district and Mbale city.

He has been promising to change the lives of youth, downtrodden and those living in slums. The National Unity Platform leader has also pledged to fix the country’s ailing economy, health services, and education sector.

Police Spokesperson, CP Fred Enanga told a televised briefing in Kampala on Monday that the police is not partisan, but are enforcing guidelines drawn by the Electoral Commission.

Uganda will hold general elections on Jan. 14, with 11 presidential candidates in the race.