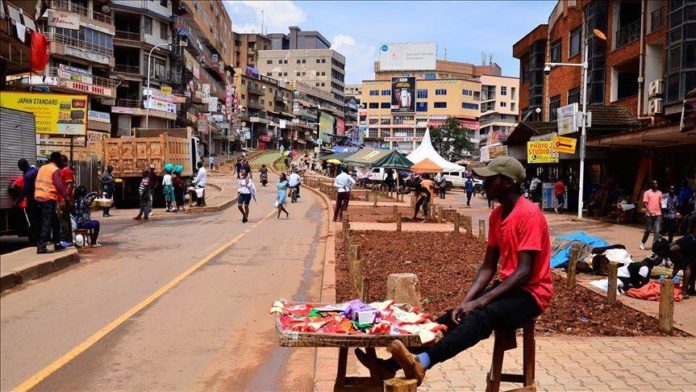 A civil society organization has dragged the Uganda government to the country’s high court for failure to regulate the exorbitant fees for the management and treatment of COVID-19 patients in private health facilities.

As the pandemic resurges in Uganda amid a severe vaccine shortage, private hospitals have been accused of profiteering from the pandemic. In many private health facilities, a patient will not be touched until a huge upfront payment is made.

On June 18, Angel Nakasango passed away at Kampala Hospital after she failed to get emergency care from three different hospitals, because the family could not raise upfront payment for her treatment.

International Hospital Kampala, where she was taken first, asked the family to pay UGX 4 million ($1,120) deposit before they could work on her. Her family took her to Devine Hospital in Kyengera, which asked for a deposit of UGX 2 million ($560), which was not readily available.

After the trouble at Devine Hospital, the family hired an ambulance and took the critically ill patient to Kampala Hospital, where they were also asked to pay a deposit of UGX 2 million ($560) before working on her. During that process, the patient died in the ambulance as oxygen got finished.

The lead petitioner, Moses Mulumba from the Centre for Health, Human Rights and Development (CEHURD), argued the Health Ministry is empowered to regulate fees charged by private hospitals and clinics under the Public Health Act and the Medical and Dental Practitioners Act.

“It is just inconceivable that the government would fail to ensure a functional public health system and also negate its primary duty of regulating costs charged by the private sector providing health services amidst a pandemic.

“The government cannot regulate everything else on COVID-19 except treatment costs. We expect the health minister to use her powers in the law to protect Ugandans from the unreasonable costs charged by the private sector for the COVID-19 treatment and management,” Mulumba told journalists after filing the petition.

Dr. Diana Atwine, the permanent secretary at the Ministry of Health, told reporters in Kampala that the Public Health Act doesn’t give the ministry powers to order the private facilities to bring down the prices.

The petitioners now want the court to intervene and force the government to take up the responsibility and control private health practitioners.

This adds to the increasing fatalities and complaints from people about ethical issues around COVID-19 treatment and the exorbitant charges in private facilities. Many grieving relatives usually do not get answers, while health practitioners are not held accountable.

Some specialists in the public hospitals own private hospitals, often referring the financially overwhelmed patients to private outfits to buy special drugs, scans and diagnostics and laboratory services, among others. Upon arrival at several private facilities, patients are required to pay cash upon admission. On some occasions, patients or corpses are detained until relatives clear all the outstanding bills.

Dr. Joel Okullo, the chairperson of Uganda Dental and Medical Practitioners Council, told journalists in Kampala that it is unethical for hospitals to ask for a deposit before offering healthcare.

“Once you have a substantial size of health system provided by non-government entities, you end up in our situation where people have to pay first. In other cases, patients or corpses are detained until balance is cleared to zero,” Dr. Adam Sebyala, a lecturer at Al-Mustafa University, told Anadolu Agency.

The country does not have a functional emergency response system, and has less than 220 ICU beds, including ventilators, patient monitors, X-rays, and oxygen plants.

The COVID-19 pandemic has further commoditized the few available facilities. Some hospital bills shared by families of COVID-19 patients emerging from intensive care show sums of up to $15,000, a small fortune in a country where annual per capita income is $777.

Many Ugandans do not trust the government hospitals, citing incompetence, mismanagement, understaffing, poor remuneration, occasional lack of basic supplies as well as corruption, exposing a social fault line where only the wealthy can afford health services.

Top government officials routinely seek treatment abroad. The speaker of parliament, Jacob Oulanyah, was last week flown out of the country for medical treatment, like several other senior officials who flock to hospitals in Europe and Asia for advanced treatment.

“If the people who have the mandate to create a functional system do not ever use public hospitals, then a solution is far from reach,” Zaituni Sitenda, a teacher, told Anadolu Agency.

The government, however, insists the health system has improved, citing the Uganda Bureau of Statistics’ findings that 86% of Ugandans live within 5 kilometers (3.1 miles) of a health facility.

Uganda is among the African countries seeing a dramatic rise in the number of infections amid a severe vaccine shortage. Less than 1% of the population is fully vaccinated. It has confirmed 79,434 cases with 989 deaths.

The National Drug Authority (NDA), a government agency mandated to regulate drugs in the country, has approved COVIDEX as a supportive herbal treatment for COVID-19.

The pandemic is resurging in 12 of Africa’s 54 countries, the World Health Organization reported recently, saying the current wave is “picking up speed, spreading faster, hitting harder.”

Africa’s top public health official, John Nkengasong of the Africa Centers for Disease Control and Prevention, said that Africa’s third wave is “very devastating” as the delta variant drives infections in many countries.

China takes control of US consulate