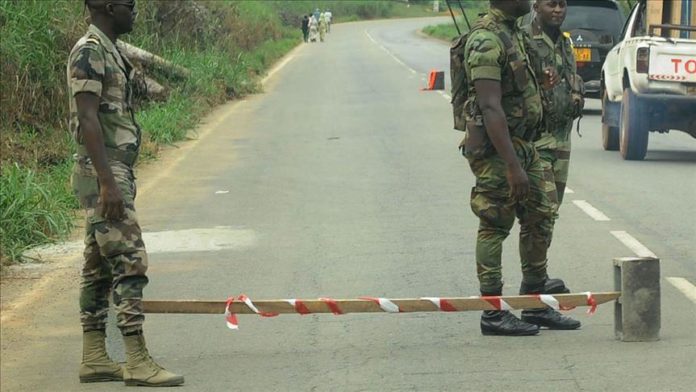 “It has come to our notice that many MPs across the political divide who were given military escorts for their personal security in the wake of armed criminality last year, have started misusing these soldiers in the current political season,” Daily Monitor quoted Brig. Gen. Flavia Byekwaso, an army spokeswoman, as saying.

“This is contrary to the reason they were assigned and is likely to involve them in compromising yet unnecessary and avoidable violence between the contending political groups,” she said.

The ruling National Resistance Movement (NRM) party officials, according to the report, are deploying their armed guards to attack supporters of their opponents.

Bodyguards affiliated with the Ugandan armed forces (UPDF) have been seen in several parts of the country, while the ministers and lawmakers are campaigning for the NRM primaries planned to be held Friday, according to Daily Monitor.

In 2017, the Ugandan government announced it would deploy “sharp-shooters” to protect legislators as well as very important government officials following the killing of the former Arua Municipality Member of Parliament Ibrahim Abiriga, according to the report.

However, the UPDF said that the military officers are being used in partisan activities, warning that such officers are acting against their professional code of ethics as well as their military discipline.

“For this reason, the UPDF leadership directs that its soldiers should not be misused and where this is found to happen, they will be promptly withdrawn,” Byekwaso stated.

“The contenders for political office should not involve and/or misuse these soldiers and policemen, who were assigned purely for a different and clear purpose of ensuring the personal security of the MPs,” she added.

In 2017, the members of the Special Forces invaded the Ugandan Parliament’s headquarters, and beat up the opposition lawmakers, allowing amendment of the Constitution, according to the report.