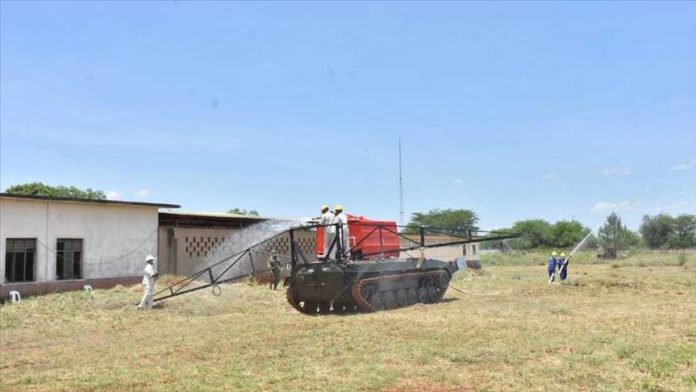 Uganda has invented a versatile firefighting vehicle which it intends to introduce in the U.S. and Australia.

The two countries have in the past suffered from massive wildfires which have led to the loss of lives and destruction of big forests and homes worth billions of U.S. dollars.

“The tanker, manufactured by the production arm of National Enterprises Corporation under the ‘All Terrain Fighting Project’ in Nakasongola district, was

Read more: Uganda unveils firefighting vehicle with eye on US