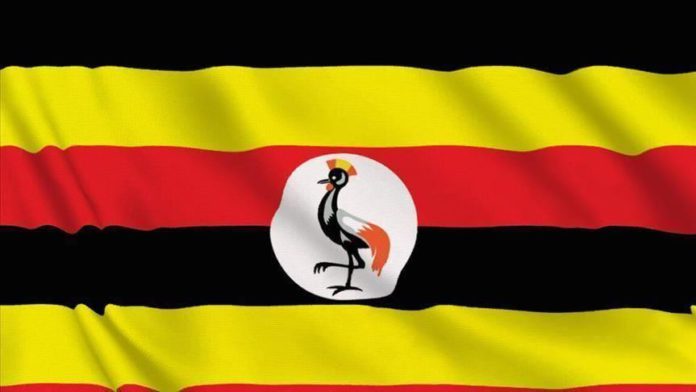 As the spread of the novel coronavirus rapidly picks up pace in Uganda, there is growing anxiety that it will find its way into refugee settlements.

Uganda is the largest refugee-hosting country on the African continent. Countries sending refugees to Uganda include Burundi, the Democratic Republic of Congo, Eritrea, Somalia, and South Sudan.

South Sudanese make up the largest percentage of these refugees due to a conflict that started in 2013 following a falling out between President Salva Kiir and his then-deputy Riek Machar which sparked a civil war.

The reason refugees prefer Uganda as their home has a lot to do with Ugandan hospitality and the government’s refugee policy, which has been lauded as one of the most progressive in the world, according to the United Nations.

The policy has been successful because of the willingness of Ugandans to accept refugees on their land and shoulder a big part of their burden.

Villages across the country agreed to carve up their communally owned land and share it with the refugees, often for many years at a time.

As a result, the government has advised ministries that 30% of foreign aid destined for refugees should be spent in ways that benefit refugee host communities, including through the construction of schools and health facilities.

Another major factor is that some Ugandans were refugees before, during dictatorships and wars.

The first wave dates back to the 1966 crisis following the overthrow of Uganda’s first President, Edward Mutesa II, by Apollo Milton Obote. Many Ugandans left the country, fearing for their lives.

Another wave was in 1971 following Obote’s overthrow by Idi Amin. The new regime went after Obote’s supporters and carried out a systematic purge of his tribesmen which forced many of them to flee the country. In 1979, when Amin was overthrown, his home region bore the then brunt of the new government’s wrath as it unleashed terror in revenge against Amin for his alleged mistreatment of people while he was in power, in many cases killing his relatives.

During this period, many Ugandans fled to Zaire (now the Democratic Republic of Congo) and Sudan.

In the 1980s, more Ugandans became refugees in neighboring countries due to the guerrilla war launched by current President Yoweri Museveni, who has been in power for more than 30 years.

Another wave swept through during the 1990s and 2000s, when Joseph Kony, the founder, and leader of the rebel group Lord’s Resistance Army (LRA), terrorized northern Uganda, leaving a trail of kidnapped children and mutilated victims. Many Ugandans found refuge in what is today South Sudan.

Tired of being treated as refugees, Ugandans followed events back home and participated in domestic politics to stabilize the country.

Unlike the past, Uganda is now stable and peaceful, which is the reason refugees find it appealing as a safe haven.

“While some rich Western nations are building walls to keep out refugees and closing borders, turning them away, ours is in an open border policy for refugees fleeing catastrophes from across Africa,” he said.

Although there have not been any confirmed COVID-19 case in the refugee settlements, there is growing anxiety arising from the increasing number of confirmed cases in Uganda, which has surpassed 700. Refugee committees are mobilizing a range of preventative measures.

Due to the nature of the refugee settlements and daily contact with refugees, self-isolation, and social distancing to prevent the spread of COVID-19 are nearly impossible to implement.

Some international humanitarian organizations have significantly reduced their number of staff and funding is stretched to the breaking point, while some have pulled out their staff.

At the beginning of April this year, the World Food Programme (WFP) announced a 30% reduction in food rations for all refugees due to uncertainty over the sustainability of supplies, worsening the situation.

Organizations like the Turkish Cooperation and Coordination Agency (TIKA), which have played an important role in providing assistance to refugee settlements in northern Uganda, are yet to directly aid refugees during this time.

Some refugees Anadolu Agency spoke to said they were less afraid of the virus than of its secondary consequences.

The lockdown restricting their movement in and out of the settlements has eroded their already limited opportunities for alternative income in the host communities, making them solely dependent on humanitarian assistance for their essential needs.

“I operate a small shop in Old Kampala, but currently things are hard. We used to buy merchandise for sale, but the movement is not allowed now. People are not there in the market and survival is now hard because I have to buy soap and essentials for the children,” said Atuwa Mihali, a refugee from the Democratic Republic of Congo.

In Uganda’s capital Kampala, many refugees face severe food shortages because of the lockdown. The government has asserted that refugees should be in the camps and that non-nationals will not get food aid except in refugee settlements.

Minister Musa Ecweru said the government is focusing on refugee settlements to protect them from COVID-19 and is ensuring that refugees still have access to all of the services entitled to them, including food, water, and healthcare.

ÇARE Derneği has distributed packages of flour, soap, beans, sugar, and cooking oil to some poor and needy members of the community.

The World Health Organization has warned that the mortality rates for COVID-19 could be unprecedented in vulnerable communities and in fragile contexts like refugee settlements.

The organization has asked that countries hosting high numbers of refugees be given urgent support because the impact the pandemic could have on these countries would be far greater than what it has seen to date in more medically advanced countries.

Speaking to Anadolu Agency, Dr. Ed Menya, a Ph.D. candidate pursuing Law at Istanbul University, said the emergency response should be geared towards bringing relief to refugees who survived the war but now face an even bigger enemy, COVID-19, putting their very existence at risk.