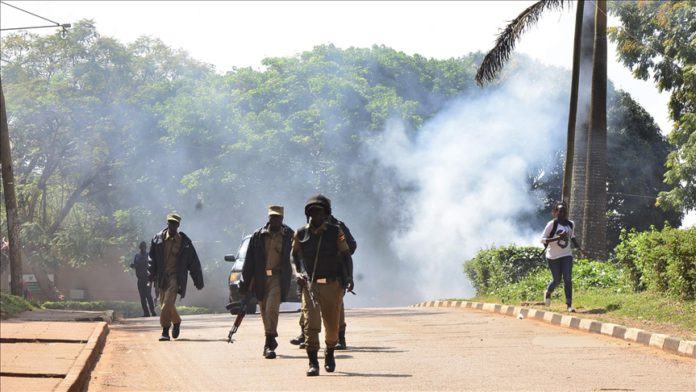 Protesting what they called constant “harassment” at the hands of army and police, journalists in Uganda on Monday said they were indefinitely denying coverage to law enforcement.

The move came when over 100 journalists showed up for a news conference by security agencies in the capital Kampala, but then immediately walked out, saying they would not cover the event.

Moses Mulondo, head of the Uganda Parliamentary Press Association (UPPA), said they have had enough, including being beaten up and threatened on several occasions.

“We have sustained grave injuries at the hands of security agents supposed to be protecting us,” he told Anadolu Agency.

Mulondo said police chief Martin Okoth Ochola should be branded an “enemy of press freedom,” and a human rights violator.

“We call upon President Yoweri Museveni to intervene over such brutal acts, which also scare away tourists and investors.”

“We are on strike. We will not cover security events,” said Frnacis Lubowa, the group’s vice head.

According to Robert Okello, a journalist in the Masaka district, correspondents covering presidential candidate Robert Ssentamu, popularly known as Bobi Wine, on Sunday were shot at and several of them ended up in hospitals with severe injuries.

Ghetto TV journalist Ashraf Kasirye sustained head injuries, and is in critical condition. On the same day, National Television’s Ali Mivule and Nile Broadcasting Services’ Daniel Lutaaya were also wounded, which they claim were due to police manhandling and firing.

”All the three journalists were wearing branded press jackets and helmets, and were easily identifiable as members of the press.” said Ibrahim Kyobe, a member of the journalists fraternity.

Photojournalist Abubakar Lubowa said they are branded as traitors and an enemy of the state when they cover the opposition.

He added that this is not the case since journalists accommodate both sides for balanced coverage.

“We’re not ready to accept apologies from higher-ups,” said Charles Mugerwa Kigundu, a media rights activist. “We demand that the individual security officers brutalizing journalists be convicted and removed from their ranks.”