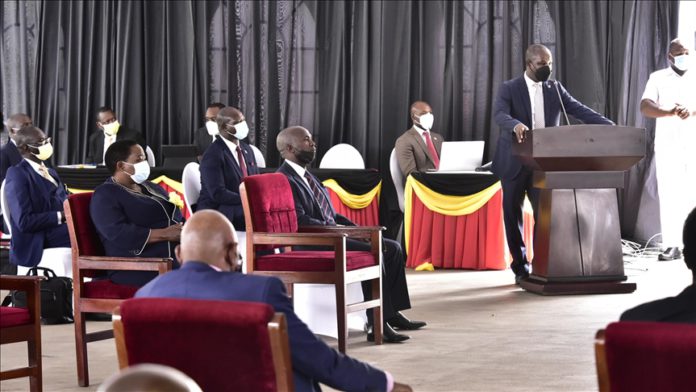 The Ugandan parliament will remain closed for two weeks amid a nationwide surge in COVID-19 cases, officials said.

In a letter to the members of parliament on Tuesday, Waiswa Henry Yoweri, an official at the Office of the Clerk to Parliament, said the unicameral legislature will close from June 28 till July 11 as a “mitigating measure.”

“The Parliament of Uganda like the rest of the country has been affected by the second wave of COVID-19 pandemic with a positivity rate of 17.1%,” it said, adding that parliamentary buildings will be disinfected during this period.

In a separate statement on Wednesday, Chris Obore, the parliament’s director of communication and public affairs, refuted media reports which said as many as 200 lawmakers had tested positive.

He said parliament hosted three major functions in the recent past, and in line with health protocols, the Health Ministry collected samples of those who attended the events which besides legislators, included security personnel, journalists, and parliament staff.

He added that the closure of parliament is a precautionary measure taken for the safety of everyone.

Vaccinations started in March this year and over 834,721 doses of the Oxford-AstraZeneca vaccine have been administered to date.