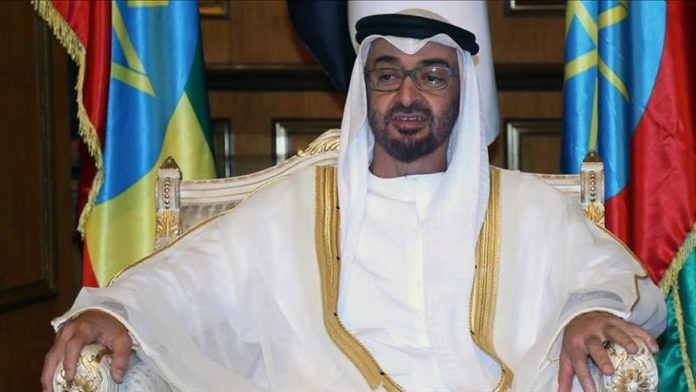 The United Arab Emirates (UAE) has spent tens of billions of dollars each year on failed military interventions and arms imports instead of strengthening regional peace and stability.

Since 2014, the UAE has been pushing for a military coup against the UN-recognized government in Libya by supporting Khalifa Haftar, the leader of illegal militias in the eastern part of the country.

Abu Dhabi has also been involved in the conflict in Yemen since 2018.

The country distributes high quantities of weapons worth billions of dollars that it has stockpiled for years to achieve its ambitions in the region.

The UAE is also a major arms importer from different countries. It was the eighth country worldwide in weapons imports between 2015-2019, according to a report by international arms trade monitor, the Stockholm International Peace Research Institute (SIPRI).

The country spent nearly $23 billion in arms imports in 2014 alone, when it was not yet involved in the Libyan and Yemeni civil wars, according to a SIPRI report released in May 2019.

Today, the UAE’s spending on arms imports and production is higher than in 2014, even with certain data not available, Pieter Wezeman, a senior researcher at SIPRI, told Anadolu Agency.

The UAE’s weapon expenses have increased after 2014 as it has been supporting Haftar in Libya for about six years and has been involved in the Yemeni war since 2015.

“The UAE strives to gain political influence in the region through its allies in the field,” Wezeman stressed.

UAE made several arms deal with various countries according to reports by SIPRI and Dutch peace advocates PAX.

The US is the UAE’s largest arms supplier as the country has met 60% of Abu Dhabi’s arms imports since 2009. The two countries have inked a total of 32 arms deals worth $27 billion since 2009.

France comes second among the UAE’s arms suppliers. Paris signed an agreement with Abu Dhabi worth €800 million ($879 million) in 2011. Six French-made warships were delivered to the UAE as part of the deal.

Russia sells the third most weapons to the UAE, with the most important arms agreement between the two countries made in the 2009-2013 period, according to a report by PAX.

The UAE purchased 50 Pantsir air defense systems and 1,000 SA-19 missiles from Russia as part of the $800 million arms deal.

The country also signed several arms deals with Moscow in 2017 worth $709 million to purchase anti-tank equipment.

In 2015 and 2016, the UAE purchased nine AW-139 type helicopters and eight unmanned aerial vehicles, worth $516 million in total, from Italy, according to PAX.

In 2017, Abu Dhabi signed a $1.27 billion deal with Stockholm to purchase a GlobalEye G6000 surveillance aircraft produced by Saab AB, a Swedish aerospace and defense firm.

The UAE authorities are the major supporters of Haftar, who has been launching an attack on the Libyan capital Tripoli since April 2019, with more than 1,000 killed in the violence.

Following the ouster of late ruler Muammar Gaddafi in 2011, Libya’s government was founded in 2015 under a UN-led political deal, while Yemen has been beset by violence and chaos since 2014, when Houthi rebels overran much of the country, including the capital Sana’a.

The crisis in Yemen escalated in 2015 when a Saudi-led military coalition — which included the UAE until it withdrew earlier this year — launched a devastating air campaign aimed at rolling back Houthi territorial gains.