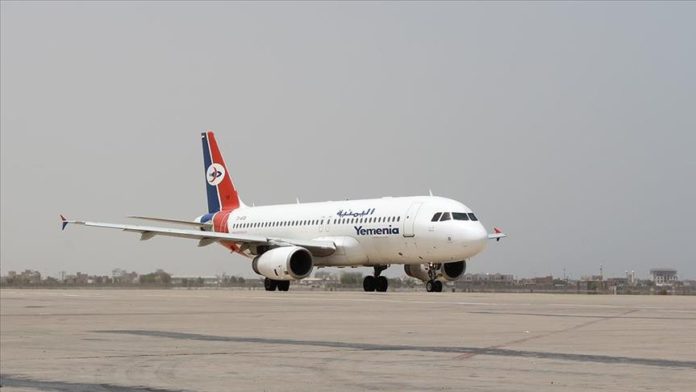 The United Arab Emirates has rejected demands by the Yemeni government to reopen Al Rayan airport in Yemen’s southeastern city of Al-Mukalla, an official said Monday.

“The Emirati forces have refused the instructions of the Yemeni government to reopen Al-Rayan airport,” said Mukhtar al-Rahbi, adviser to the Yemeni Minister of Information.

The UAE, which is the second-most active member in the Saudi-led Arab coalition in Yemen, turned the airport into a military base for its forces in 2016 and refuses to reopen it for security reasons.

Al-Rahbi also accused the UAE of turning the airport into a prison.

“The Emirati forces continue to use the airport as an illegal prison to commit heinous forms of torture against Yemenis,” he said.

The UAE has yet to comment on the accusations.

Al Rayan, Yemen’s third-largest airport, fell under the control of the al-Qaeda terrorist organization in Yemen in April 2015 but was recaptured in April 2016. Since then, the UAE has used it as a military base and has refused to reopen it for regular flights.

Yemen has been beset by violence and chaos since 2014, when Iran-aligned Houthi rebels overran much of the country, including the capital Sana’a.

The conflict in Yemen has so far claimed the lives of 233,000 people, according to the UN Office for the Coordination of Humanitarian Affairs.

Death toll from floods in Germany rises to 133