TurkishPress
Home News UAE has no right to interfere in Libyan affairs: GNA 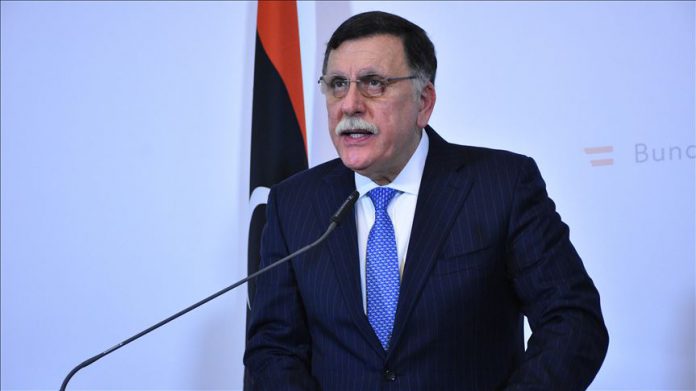 Libya’s Prime Minister Fayez al-Sarraj has said in an interview with Al-Jazeera that he will not sit with Gen. Khalifa Haftar again, hoping that his supporters would review their decisions.

Within part of the interview the news channel broadcast on Tuesday, Al-sarraj stressed that Abu Dhabi interfered in his country by supporting Haftar, adding that the United Arab Emirates (UAE) has no common borders with Libya, which “raises a question about its goals of interfering in Libya.”

Al-Sarraj also questioned the reasons why the UAE is establishing a military base on his country’s territories.

The prime minister stressed that

Read more: UAE has no right to interfere in Libyan affairs: GNA