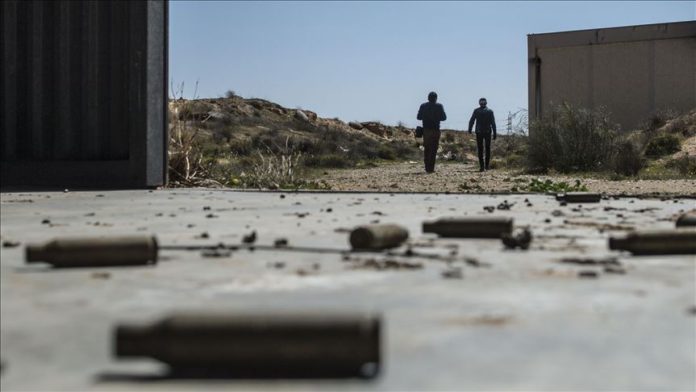 An Emirati delegation arrived in Sudan’s capital Khartoum on Friday to discuss possible assistance to Libyan warlord Khalifa Haftar amid reports of diminishing number of fighters on his rank.

“The visit came as Haftar’s allies [UAE and Egypt] have become unable to send more mercenaries to help the Libyan general in his Tripoli battle,” the source added.

The source went on to say that Haftar is facing a big crisis demonstrated in the shortage of mercenaries fighting with him against the Tripoli-based Government of National Accord (GNA).

Haftar, who announced himself as ruler of Libya earlier this week, declared a cease-fire in the Muslim holy month of Ramadan.

The source said the cease-fire had nothing to do with Ramadan but came as GNA inflicted many losses to Haftar’s militias.

“The Emirati delegation exerted pressure on Sudan’s head of Rapid Support Forces (RSF) to send fighters to back Haftar,” he added.

However, Haftar’s forces have yet to abide by the cease-fire as three civilians were killed in shelling carried out early on Friday by his militias in Zintan city, northwestern Libya.