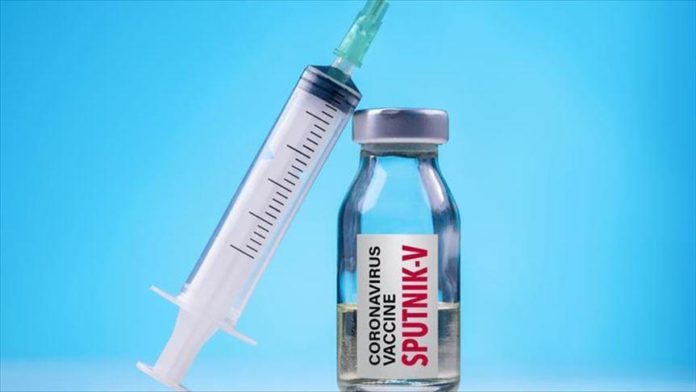 The two countries are currently working out terms, Sergey Lavrov told a news conference in Moscow after meeting with his UAE counterpart Abdullah Al Nahyan.

“We are developing cooperation in the fight against coronavirus infection, the third phase of the Sputnik V vaccine clinical trials is now beginning in the emirates, and the possibility of licensed production of this vaccine is being discussed,” Lavrov said.

Russia on Monday saw 450 coronavirus fatalities, its lowest death toll in two weeks, with the number of new cases having plateaued at around 27,000 for about a week. Based on these figures, authorities are cautiously saying the peak of morbidity had been passed.

Asked about the issues dividing Iran and Arab countries, Lavrov said Russia is ready “to create conditions to start a dialogue” between the sides to ease tensions.

But he stressed that this process should not sideline resolution of the Palestinian-Israeli problem.

“Our ultimate goal is to fully normalize the situation in this region, establish a Palestinian state, and establish Israel’s relations with all countries in this part of the world,” he said.

For his part, Al Nahyan praised Russia’s peace efforts to provide security in the region, saying the UAE is actively cooperating with Russia on the issue of an early settlement of the conflict in Libya.

“This country has faced many challenges since the fall of power,” he said, referring to later ruler Muammar Gaddafi. “After two unsuccessful attempts to hold elections there, the situation worsened. Together with Russia, we are making efforts to stabilize the situation there.”

Since Gaddafi’s ouster in 2011, two seats of power have emerged in Libya: one in eastern Libya supported mainly by Egypt and the United Arab Emirates, and another in Tripoli, which enjoys UN and international recognition.

Libya’s next general elections have been scheduled for December 2021.