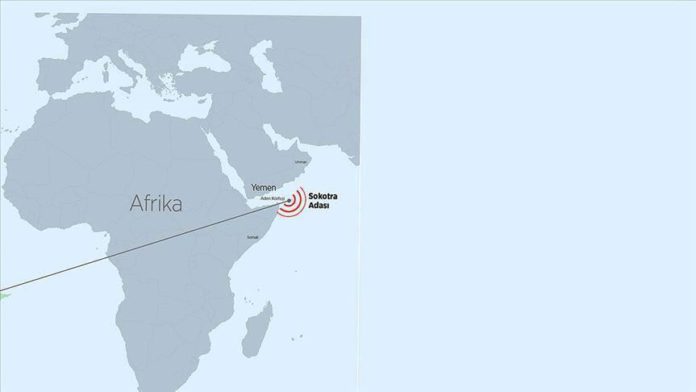 Lawmakers of the Yemeni Congregation for Reform, commonly known as Al-Islah, and some independent lawmakers sent a letter to Prime Minister Maeen Abdulmalik Saeed warning him of the UAE’s actions in the region.

They said the UAE is also trying to build a military base on the strategic island.

The lawmakers also claimed that some army officers of the UAE had traveled to the island without passports or visas and the Gulf country built eight transmitter towers there.

Socotra overlooks the strategic Bab al-Mandab Strait, a main shipping route that connects the Red Sea to the Gulf of Aden and the Arabian Sea.

On Friday, South Front, an American website specializing in military and strategic research, reported on the arrival of an Emirati-Israeli delegation to the island, which is located in the Indian Ocean.

The website said the UAE and Israel intend to establish military and intelligence facilities on Socotra.

In June, forces affiliated with the secessionist Southern Transitional Council (STC) took control of Socotra province in a move described by the Yemeni government at the time as a “coup against legitimacy.”

The Yemeni government accuses the UAE – Saudi Arabia’s main regional partner in a military coalition fighting Yemen’s Houthi rebels – of supporting the STC to serve its own interests in Yemen, accusations which Abu Dhabi denies.