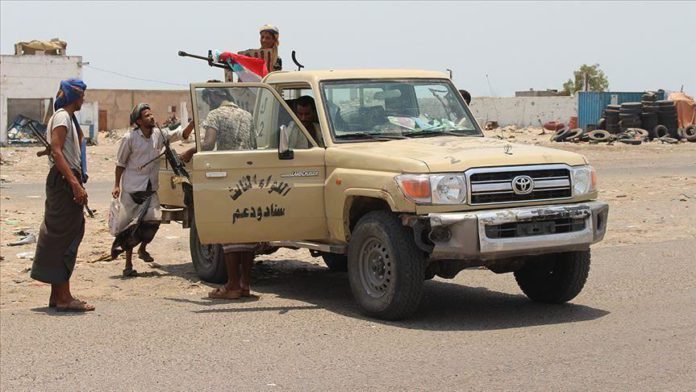 The Yemeni government on Saturday said that the militia of Southern Transition Council staged “a full-fledged coup in the governorate of Socotra,” a government official said.

Quoting an unnamed government official, Yemen’s official news agency reported: “The militias of the so-called Transitional Council in the Socotra carried out a full-fledged coup that undermined state institutions in the province.”

“These militias launched an attack with various medium and heavy weapons, targeting state institutions and citizens’ properties, and stormed government camps and headquarters as well,” the official said.

“The government will not accept this absurdity.”

The official called on the Saudi-led coalition to help “stop the mess, chaos and aggression carried out by militia and implement the provisions of the Riyadh agreement.”

In a related context, a local source, preferred not to be named as he is not authorized to speak to the media, told Anadolu Agency, that “the gunmen of the STC arrested Colonel Abdel-Rahman al-Zafni, commander of the Air Force camp in Socotra, and transferred him to an unknown location.”

Last week, the STC declared self-governance and a state of emergency in the temporary capital of Aden and southern provinces, which caused tensions in Socotra as well as other provinces in the south.

The Yemeni government and provinces of Hadhramaut, Shabwa, al-Mahra, Abyan and the administration of Socotra have rejected the STC’s move, which has also drawn widespread international criticism.

Yemen has been devastated by a conflict that escalated in March 2015 after Iran-backed Houthi rebels seized the capital Sanaa and forced President Abdrabbou Mansour Hadi to flee the country.