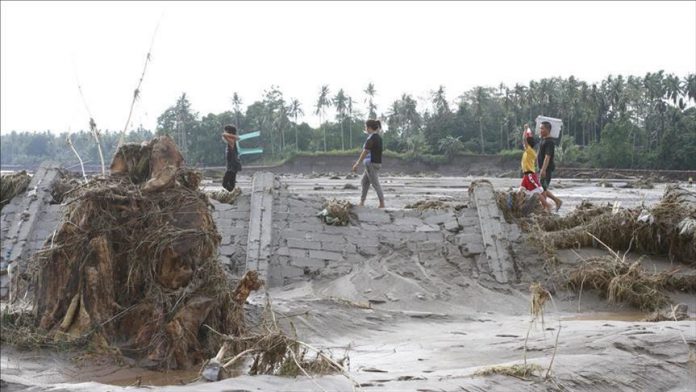 Typhoon Ursula maintains its strength and is bringing “very destructive” winds and intense rainfall over Aklan-Antique area, southern portion of Mindoro provinces of the Philippines, according to a statement by the Philippines’ state-run weather bureau on Wednesday.

The typhoon was moving westward at a speed of 20 kph (12 mph), according to the statement.