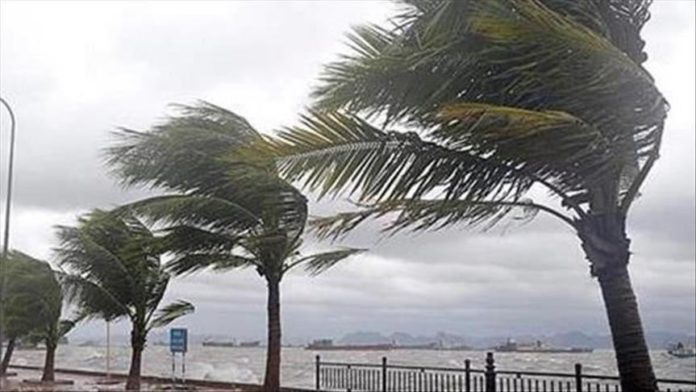 The first typhoon of the season landed in South Korea Monday afternoon and is on its way northeast, local media reported.

With a speed of 50 kilometers per hour (31 miles per hour), Typhoon Jangmi – “rose” in Korean – landed on the southern tip of Geoje Island near Tongyeong in the country’s southern Gyeongsang province at 2:50 p.m. (0550GMT), Yonhap news reported. The death toll due to heavy rainfall climbed to 42.

Over 14,000 facilities have been damaged while 7,000 people have been displaced from their homes. A day earlier, the typhoon formed at sea some 600 kilometers (373 miles) southwest of Okinawa, Japan.
Local administration also cancelled flights in Jeju in the Gyeongsang province as a precaution. Over 15 ships and

2,000 boats were put in service to connect Jeju to other parts of the country through nine routes.
South Korea is witnessing an “unusually long” monsoon season this year with more rain of 30-80 millimeters (1.2-3.15 inches) expected to fall on the island until Tuesday morning, meteorology officials said. The monsoon began on June 24.

In the North, supreme leader Kim Jong-un shipped relief items, including grain, to marooned people in the flood-hit area of Unpha county in North Hwanghae province.

The grain was supplied to the inundated people by truck on Sunday. Nearly 900 homes and 600 hectares of rice fields were inundated after a dyke broke, South Korea’s Yonhap news reported.