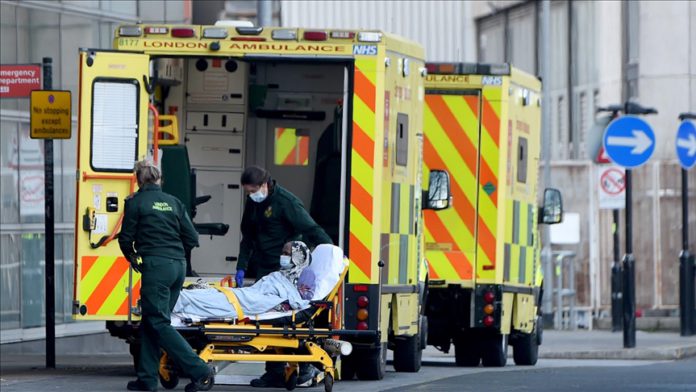 British Health Secretary Sajid Javid announced on Wednesday that two-thirds of Brits have now received both doses of COVID-19 vaccine, as the UK recorded the highest number of cases since mid-January.

Javid tweeted: “Two thirds of adults across the UK have now had two jabs. We have beaten our target by almost a week – this is a huge achievement. Thank you to everyone who has come forward. The vaccine is our wall of defence against the virus.”

Government data released on Wednesday showed that over 46 million Brits have now received their first dose of vaccine, and over 35.1 million Brits their second dose.

British Prime Minister Boris Johnson tweeted: “Barely 8 months since the first vaccine, 2/3 of UK adults have had both doses. Thank you to everyone coming forward and to those helping others get jabbed. You are the reason we are able to cautiously ease restrictions next week. If you’re over 18, book both your jabs now.”

England will lift almost all coronavirus restrictions on July 19, including mandatory face masks.

London Mayor Sadiq Khan announced on Wednesday that face masks will continue to be mandatory on Transport for London (TfL) services after July 19.

This was the date that the British government said face masks would no longer become compulsory in England, but would be encouraged in certain circumstances. The decision, along with the mixed messaging in its communication, was met with widespread opposition.

Khan said: “By keeping face masks mandatory we will give Londoners and visitors the reassurance and confidence to make the most of what our city has to offer, while also protecting our heroic transport workers and those who may be vulnerable and rely on the network to get around our city.

“It’s an extra layer of protection on top of TfL’s world-leading enhanced cleaning regime – and I’m sure Londoners will continue to do the right thing as they have done throughout the pandemic, and continue to wear a face covering on TfL services.”

In Wales, First Minister Mark Drakeford announced that from Saturday current coronavirus restrictions will be relaxed, but masks will still be compulsory on public transport and most indoor public areas.

On Aug. 7, he said restrictions will be relaxed again if cases remain low, but face masks will still be mandatory in most indoor public places and public transport, but not hospitality.

Drakeford said: “We are entering a new phase of the pandemic. Cases of the virus have risen sharply since the Delta variant emerged six weeks ago but, thanks to our fantastic vaccination programme, we are not seeing these translate into large numbers of people falling seriously ill or needing hospital treatment.

“We can be reasonably confident that vaccination has weakened the link between infections and serious illness.

“But there is still a risk that this third wave of the pandemic could cause real harm – either direct harm from the virus or indirect harm from, for example, people having to isolate.”

Scottish First Minister Nicola Sturgeon announced Tuesday that Scotland would also loosen most restrictions from July 19, but that face masks would remain mandatory.

British government data released on Wednesday showed that across the UK over the past 24 hours, there were 42,302 new cases – the highest number since Jan. 15, when the UK recorded 55,761 cases. There were also a further 49 deaths.