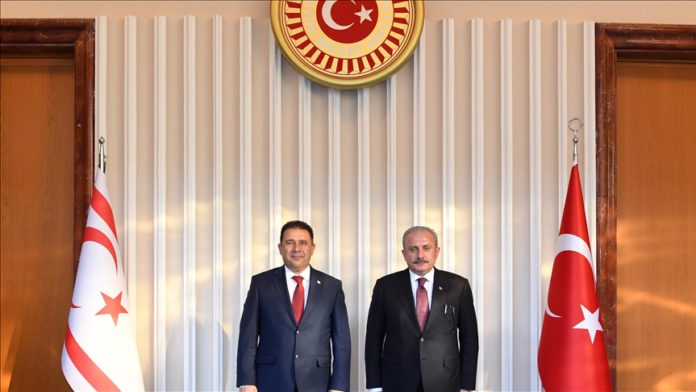 Turkey’s parliament speaker said Wednesday that a lasting solution to the Cyprus issue is only possible with two states.

“It is clear that the federation model, which has been negotiated for more than 50 years, has not been able to resolve the Cyprus issue due to the Greek Cypriot side’s mentality of ‘I am the sole owner of the island,’” Mustafa Sentop said at a meeting with Turkish Republic of Northern Cyprus (TRNC) Prime Minister Ersan Saner in parliament.

“There are two different people, two different democratic orders and two separate states on the island. The solution is only possible with an approach based on these facts,” Sentop added.

Sentop noted that Turkey backs Turkish Cypriots’ vision of a two-state solution based on sovereign equality.

He said the international community should also respect the will of the Turkish Cypriot people.

“Turkey will continue walking with the Turkish Cypriot people on the same way,” he added.