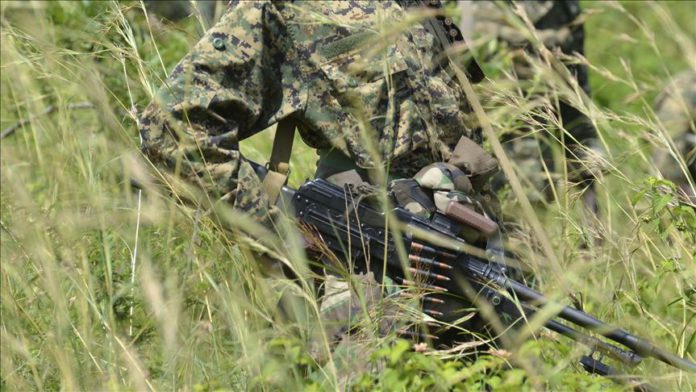 “We welcome the decision of these leaders of an armed group to halt violence. We hope they will help us to convince other compatriots still bent on armed activities in North Kivu province to lay down their weapons. The government’s policy for North Kivu is to bring an end to decades of insecurity,” said Kasivita.

The surrender comes after the militia group was weakened by government forces (FARDC) following an offensive launched last October, according to analysts.

“Lafontaine Sikuli is one of the veterans of mai-mai chiefs in the region. But he no longer wields much influence after losing many of his fighters. He is under pressure and had to take an olive branch extended by the current Kinshasa government to surrender,” Eugene Kabange, a Goma-based security analyst, told Anadolu Agency.

Sikuli, whose militia was active in the town of Lubero in North Kivu, also affirmed his readiness to join the peace restoration process in the region.

“I have heeded President Felix Tshisekedi’s call [to peace] after seeing that he is committed to bring peace to the Democratic Republic of Congo, especially in the east,” Sikuli told reporters.

The Union of Congolese Patriots for Peace militia was based in Bunyatenge, south of Lubero.

More than five years ago, the group formed an alliance with Rwandan rebel group the Democratic Forces for the Liberation of Rwanda (FDLR), according to a human rights group in North Kivu called GADHOP.

But the FDLR-UPCP coalition split after divisions emerged in the leadership in 2015.