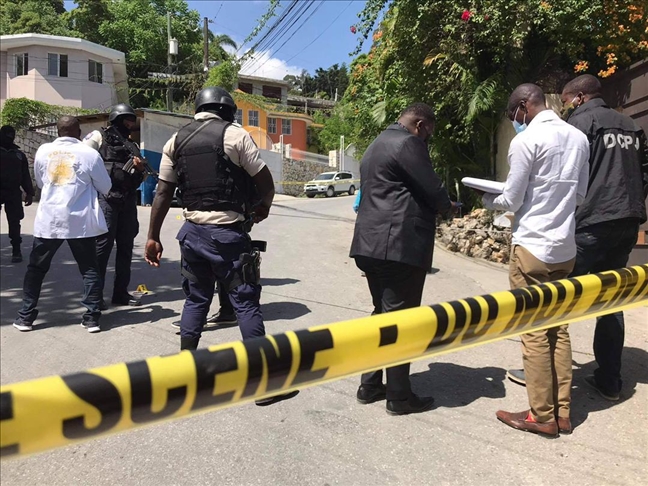 “We know that Colombian citizens German Rivera and Duberney Capador participated in the planning and organization of what was initially an alleged operation to arrest the president of Haiti and for this purpose they contacted more people in our country,” said Police Director General Jorge Luis Vargas.

A group of 21 Colombians is being accused of raiding Moise’s home and shooting him 12 times. Eighteen have been detained and three were killed by police.

Families of some of the accused in Colombia told reporters that the men went to Haiti to work as bodyguards.

Colombian President Ivan Duque said on Thursday that others knew a crime was being planned.

“Everything indicates that a significant number of people who arrived in Haiti were blindsided, taken as if on an alleged protection mission, and others, a small group apparently, had detailed knowledge of the criminal operation and the intention to kill the president of Haiti,” he told reporters.

Capador and Rivera entered Haiti on May 10 through a border from neighboring Dominican Republic, said the police director.

Money for plane tickets, Vargas said, came from a company based in the US state of Florida.

The Pentagon said Thursday that some of the Colombian suspects received military training from the US.

The recent events in Haiti have plunged the country into a leadership chaos.

Moise, 53, took office in 2017 after a contested election. After failing to hold elections, the opposition had been demanding he step down.

One day before his death, Moise appointed a new prime minister who was due to take office later that week with current Prime Minister Claude Joseph stepping down. Joseph have said the law indicates that he show remain prime minister until elections are held.