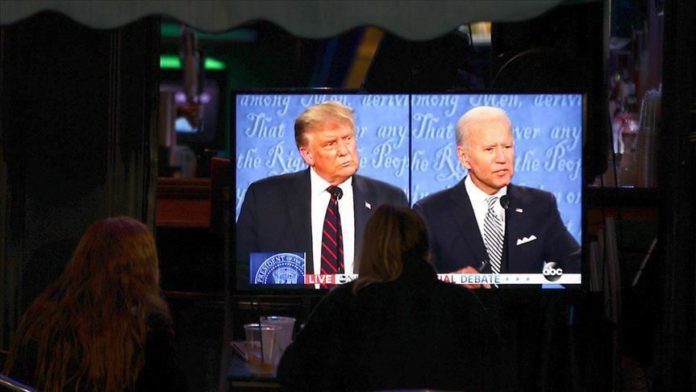 Twitter said Monday it will add a warning label to any posts that prematurely declare a victor in the US’s presidential and congressional elections.

The microblogging website said in a blog post it will rely on seven news outlets that will help it determine when a race is officially called. They include the Associated Press, ABC News, CBS News, CNN, Decision Desk HQ, Fox News and NBC News.

Twitter said it will consider a result official when either two of the outlets call a race, or when state officials do so.

The news organizations’ official Twitter accounts, and tweets that cite them, will be exempted from the labels Twitter is instituting.

Candidates for office will not be able to claim a victory until a race is definitively called, Twitter said.

“To determine the results of an election in the US, we require either an announcement from state election officials, or a public projection from at least two authoritative, national news outlets that make independent election calls. Tweets which include premature claims will be labeled and direct people to our official US election page,” Twitter said.

The policy comes after Axios reported that US President Donald Trump is planning to declare a premature victory Tuesday night if it appears that he is “ahead” in the race for the White House even if vote counting is still underway and key states have not been called.

While Trump has said the report is false, he went on to list a litany of issues with delayed counting that is likely to result from a historic level of mail-in balloting.