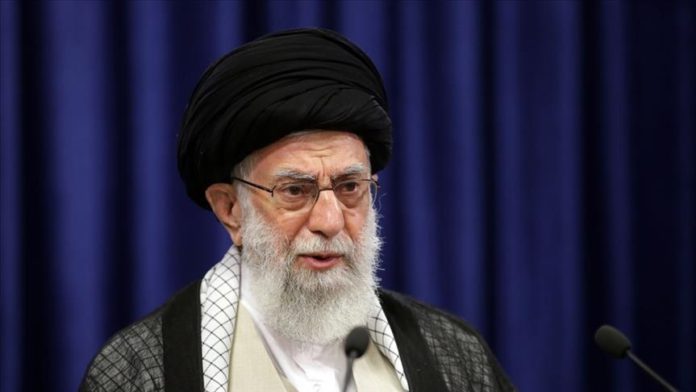 Twitter on Friday suspended an account linked to Iran’s Supreme Leader Ayatollah Ali Khamenei after it carried an animated video depicting the assassination of former US President Donald Trump.

The video has also been posted on Khamenei’s official website, where it is described as the “winning animation from the people in the ‘Hero’ contest conducted by Khamenei.ir on the topic of revenge on Trump, (former US Secretary of State Mike) Pompeo and the murderers of Gen. #Soleimani.”

It was tweeted from the Persian-language account with the text: “Revenge is definite.”

The video shows a golfer resembling Trump being targeted by a robot under the shadow of a large drone on a golf course.

Khamenei and other top Iranian officials have repeatedly vowed retaliation over the killing of Qasem Soleimani, the former commander of the Islamic Revolutionary Guards Corps’ Quds Force who was killed in a US drone strike in Baghdad on Jan. 3, 2020.

The image showed a golfer resembling Trump and carried the words: “Vengeance is inevitable.”​​​​​​​

Ruling Indian party lawmaker: Do not buy from Muslims

COVID-19 cases rising in Kazakhstan due to omicron variant