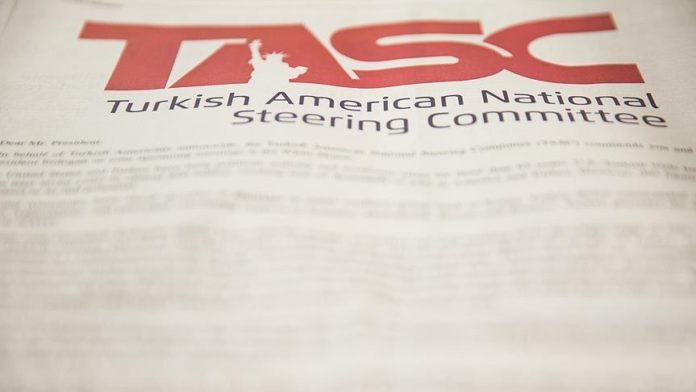 Turkey’s envoy in the US said Friday that the suspension of a Twitter account of a Turkish group in America because of manipulation by the Fetullah Terrorist Organization (FETO) was “unacceptable and a violation of freedom of speech.”

“TASC [Turkish American National Steering Community] is a respectable organization that represents distinguished members of Turkish American Community. It constitues a legitimate forum where they share their views,” Serdar Kilic said on Twitter.

“The unacceptable decision to suspend TASC account is a clear violation of freedom of speech and should be reversed asap,” Kilic stressed.

Turkey’s Deputy Foreign Minister Yavuz Selim Kiran said the suspension of the accounts and its representatives is “unacceptable”.

“This is a blatant violation of freedom of expression discrediting the social media’s role in this very age of communication,” Kiran said on Twitter.

Halil Mutlu, a co-chair of TASC, told Anadolu Agency, the group will initiate a legal procedure on the incident.

He condemned the gathering of FETO supporters on social media platforms who manipulate realities. “Those, who carry out smear campaign against Turkey under free media discourse, reveal their true face in front of the slightest criticism against them,” he said. “Trying to discredit our social media account in the communication age is a clear violation of freedom of expression.”

Gunay Evinc, the co-chair of the institution, also said on Twitter: “Twitter provided no notice of suspension, no reason, and has not responded to TASC’s inquiry, despite Twitter’s own policies. We wait, as free speech in this privately owned public forum is muted.”

TASC’s deputy head Israfil Demir said the group was under cyberattack because it wrote the truth about NBA player Enes Kanter, who is wanted as a terrorist in Turkey for his links to FETO.

Turkey accuses FETO of being behind a long-running campaign to overthrow the state by infiltration into Turkish institutions, particularly the military, police and judiciary.

He noted the attacks were directed at the group because it revealed Kanter’s close relationship with the terror group’s ringleader.