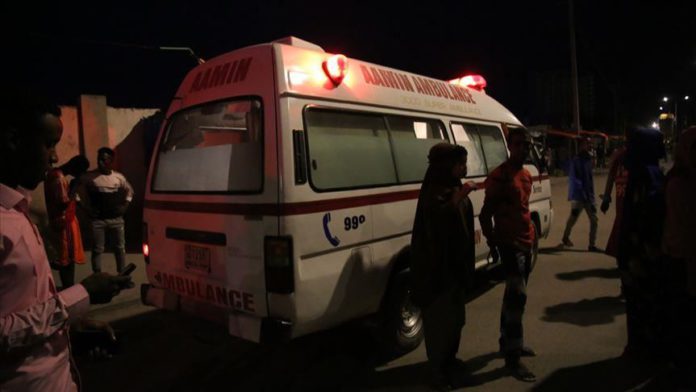 At least seven people were killed and 5 others wounded on Monday in twin suicide bombings targeting a military base in Somalia, officials said.

The fatalities include three soldiers, two suicide bombers and other 2 senior officials.

Military officials say that Gofgadud Burey district commissioner Isaq Ali and Hassan Baka, district police commander were also killed in the attack on the military base.

After the bombings, al-Shabaab militants entered the military base in the vicinity of Gofgadud Burey, a town on the outskirts of the city of Baidoa, Bay region, Adan Kheyrow, a military official in the region, told Anadolu Agency by phone.

Kheyrow said the Somali army repulsed the attack and the base is in their control.

Al-Shabaab claimed responsibility for the attack.

The attack comes after Somali security forces ended an hours-long siege by al-Shabaab militants at a popular hotel in the capital Mogadishu that claimed the lives of at least 16 people.