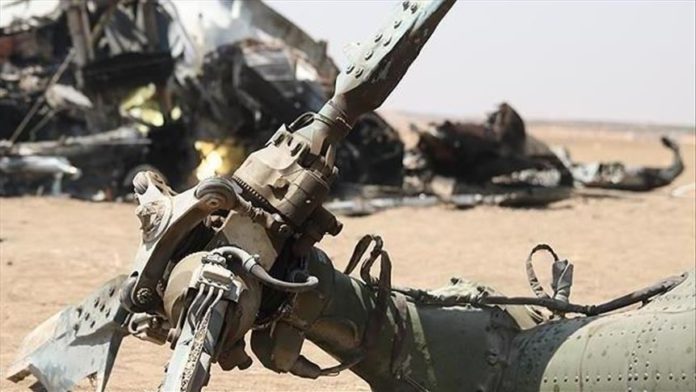 At least nine Afghan soldiers in two helicopters lost their lives in crash landings in the restive Helmand province, an official statement said on Wednesday.

The Defense Ministry in the capital Kabul blamed “technical glitches” for the fatal crashes in the Nava district of the province, where Afghan forces are busy on multiple fronts quelling a major Taliban onslaught. It said the incident took place shortly after takeoff early Wednesday.

Separately, the Afghan government on Monday claimed to have repulsed a major Taliban onslaught in Helmand, killing over 70 insurgents in ongoing clashes that have displaced hundreds of families.

Mawlawi Ghafur, the Taliban’s shadow deputy governor for Helmand, who was recently released from a government prison, was detained last night while leading the fight in the Nahr-e-Saraj District, the governor’s office said in a statement.

The governor’s spokesman Omar Zwak told Anadolu Agency that security forces had withdrawn “tactically” from their checkpoints in the BabaJi area on the outskirts of the provincial capital Lashkargah.

Chief Taliban spokesman Zabiullah Mujahed and its main propaganda outlet have kept quiet over the developments, but dozens of pro-Taliban social media accounts posted claims about advances on Lashkargah, with the insurgents supposedly entering the city.

Under the US-Taliban peace deal reached this February, the insurgents are not supposed to attack major cities or provincial capitals.